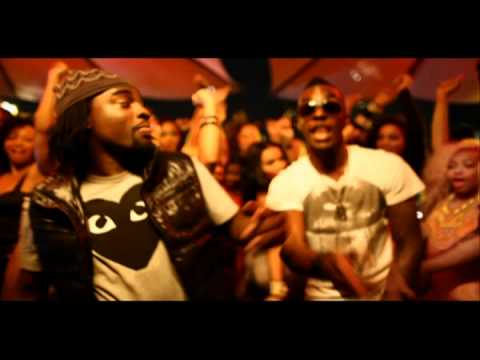 Wanna know who the cool, popular and smart kids are on the music scene this year? Let us introduce you to the music class of 2011. Pay attention folks, believe the hype and keep your iPod’s up to date! Waka Flocka Flame- The Bad Boy
Waka is exactly how you want your US rappers- thugged out, iced out, tossin’ money in videos and with a whole heap of attitude (…hey, it’s not a cliché it’s the truth!)

Despite being shot at the beginning of the year, Waka Flocka Flame came hard with the crunked out No Hands and his first studio album Flockaveli in 2010 marking him out as a hot hip hop star on the rise. The 24 yr old was born in NY but raised in Georgia, giving a massive dose of Southern chill to his flow, with a beautiful slice of New York edge to his material. True to bad boy form Waka’s alleged to have beef, with no less than Gucci Mane- his one time mentor! They are both members of 1017 Brick Squad but Waka put it on blast that the two no longer speak and Gucci sacked his manager who happens to be Waka’s mama. Surely it’s only a matter of time before the two make up and get matching tattoos? West Yorkshire native Ed Sheeran came down to London with his guitar strapped to his back, made a home for himself and has been honing his craft in the Big Smoke over the last four years. With folk, soul, funk, indie and hip hop influences you can’t really box him in as an artist which makes him refreshingly appealing on the UK music scene. He self-funded the release of his No 5 Collaborations EP which shot to no2 on the iTunes chart within days of its release out-sold only by Rihanna. No5 features collabo’s with a host of hot British mc’s like Devlin, Sway and JME. He originally approached labels to help him release the collection of songs, but to no avail. Bet they are kicking themselves now. Ed’s gamble paid off because as we went to press, after a lengthy independent grind, the 19yr old had signed a deal with Atlantic and is working on his first major release (on his own terms of course) – proof of what conviction in your talent can lead to. Smiler- Teachers Pet
This South East London rapper definitely has something to smile about. He’s been heralded as a breakout talent by none other than legends Nas, Big Boi and Damian Marley…

When Smiler released the banger Enza last summer he gained the support of Dj’s such as Fearne Cotton resulting in mainstream plays and was invited to perform at several festivals and gigs including the BBC Introducing Stage. It was only a matter of time before he went stratospheric on the music scene, Smiler first came to attention in 2006 with the underground hit Neighbourhood. Since then he has been stealthily gathering steam, attracting the attention of New York based tastemaker Dj Premier whose backing led to Smiler gaining recognition on the other side of the Atlantic. Now with an album expected this April and an upcoming tour with Tinie Tempah, the sky’s the limit for this lyricist. Pop music can be seen as a dirty word but this London based duo are not afraid of that label. Comprising of Corinne Shields and Jamal Hadaway Chasing Pluto’s sound is steeped in originality and yes you can call it pop but its definitely cool pop, inspired by electronic and dub step vibes. With emotive vocal talent from both members and stellar writing/ production ability, they are already gaining heat on the underground circuit with tracks Hold On and I Won’t Settle. Chasing Pluto are responsible for the official remixes to Jay Sean’s smash hit Down and Labrinths Let The Sunshine. The pair also Dj which means they are tuned into what club goers like. Oh, and rumour has it they are working on a track with Pro Green- exciting times. Willow had grown men and women busting out neck breaking dance moves to her catchy track Whip My Hair which charted at No2 in the UK. With a colossal amount of Youtube hits that would make Justin Beiber quake in his boots, the ten year old daughter of Will Smith and Jada Pinkett Smith was quickly snapped up by Jay Z’s Roc Nation label. Liken her to a mini Rihanna- she’s here to stay, get louder and dominate the airwaves for 2011! Katy B- The Cool Kid
Katy keeps it moving

The artist formerly known as Baby Katy grew up over the summer of 2010 when she hit mainstream airwaves with her debut single, the deliciously dirty dub track On A Mission. She had been working with Magnetic Man as a vocalist but she’s now definitely doing her own thing. Katie enters 2011 to the sound of her latest tune Lights On, which features Ms Dynamite (who apparently Katy didn’t recognise when the songs producers introduced her to Katy). Miss B seems to have what it takes to last the test of time. She’s not contrived and seems unfazed by the hype and buzz surrounding her.

Scorcher- The Heartthrob
There’s always one, a guy so good looking that he can break hearts via TV screens and airwaves…

Scorcher is that boy this year. And if you’ve heard the rappers seductive tune Rendezvous it’s clear that he’s aware of his prowess. Besides the looks Tayo Jarret (the ever elusive government name) has made an impact on the grime seen over the last 5 years and possesses talent in spades. With the release of his empowering anthem My Time and its stellar assault on UK charts – his rap-ability has proven to be as hot as his stage name alludes. He has the ability to crossover to the mainstream. Scorchers ready to do this, as he puts it- I’m the tip of Everest, so peak! With hot performances of his song Avian Breed at Flavour Live and last summers Big Fest, this East London rapper is set to make good on an already promising start. If you like a song that you can vibe to, with a sneaky bit of clever word play Dat Fly Boi H is the artist for you this year. Jamie Woon- The Smart Kid
Jamie is a stellar lyrical wizard, with the ability to write songs that move your soul…

When I first listened to Night Air by the singer Jamie Woon I was left feeling haunted. The track is so steeped in emotion that it gives you goose bumps. Night Air was released towards the end of 2010 and the industry went crazy for this Brit School alumnus who has toured with Amy Winehouse. Jamie first hit the scene with his EP Wayfaring Stranger in 2007. With this extended play effort he showcased a stunning writing style, incredible vocal ability and the talent to draw a listener into a story. A lot of his beats have a minimalist, atmospheric dub step vibe, anything more would detract from his distinctive writing and singing style. If you like music that’s truly art with layers, Woon is the one. His debut album Mirrorwriting is out in April.

Duchess- The It Girls
Beautiful, talented and looking like they have it all- these girls are on their grind!

Signed to Sony/ RCA and with producer Red One working on their material, this quartet of 18 yr old songstress’s has been locked in studios recording, working on their vocal ability (harmonies don’t get much tighter than theirs) and generally getting set to do damage to the music industry (its been rumoured that they have a track with Chipmunk). Their song Don’t Ever Come Back demonstrates that all of the girls have sassiness, great musicality and can belt out one helluva tune. Check out Youtube to catch Duchess’ sweet vocal talents and stunning looks. You know music is good when it makes you want to close your eyes and picture a scene. That’s exactly what this pair of 19 yr old Swindon kids do with their song Strange Words. It puts me in mind of summertime, beach bonfires, festivals and brand new romances. Guitarist Josh carries the main vocal; his tone is beautifully gritty, dirty and holds a slightly soulful rock feel while Carra’s drumming leads their percussion fed, minimalist festival-esque sound. Now residing in London they are on the gigging trail for live music lovers to watch them show and prove their credentials.