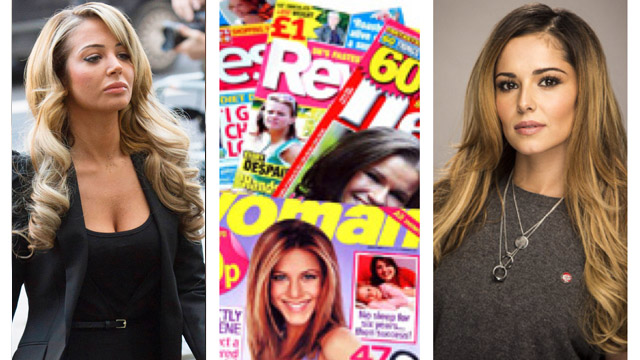 When you sign up for a career in the spotlight many say you automatically sign your rights away to a private life and normality in an instant. Is this true? If so, how is that fair? We look at the price of fame.

Being famous or a celebrity is a gift to a luxury lifestyle where money is of no concern and invites to special high profile events become a daily routine. However with this comes a life where privacy does not exist! You also become a media target and form into an image of £ signs in many eyes. If you’re famous, or just infamous, people can and some will make money from your highs and lows without a care in the world. The question I ask though is is this fair?

With all the recent headlines regarding N-Dubz singer, Tulisa, sprawled across newspapers, magazines and blogs it got me thinking. Is it fair for the public to believe that they own celebrities privacy or have the right to make money out of their personal lives? Over the last few weeks Tulisa has been involved in two court cases against her with both ending in two very different outcomes. One was linked to drugs and the other was linked to assault. However, not all appeared to be how they seemed.

The Sun on Sunday journalist, Mazah Mahmood released a front page story on the once X Factor judge last year, which blew her life and career apart! The once loved Pop Star turned into a public hate figure almost over night. The public read the story and turned their back on Tulisa in an instant. Mazah broke the story that Tulisa had set up an £800 A class drug deal and he claimed that his reasons behind the stories release was to bring justice to crimes being commited. Unfortunately for Mahmood the case collapsed in court due to his lies under oath and he was outed as a reporter who simply only wanted to gain money off of Tulisa’s pain and upset. Ruining her career and life was just a stepping stone to gain his own success.

The court heard how Tulisa was made to believe that the reporter was a high profile bollywood film producer and that he was interested in Tulisa for the main female role, alongside hollywood actor Leonardo DiCaprio. After he had supplied the singer and her friends with alcohol he then persuaded her to act (audition) the part of a “bad girl” which he recorded and then used in court as evidence. Evidence that he claimed to be recorded phone calls between himself and the 26 year old.

This happened to an innocent young girl who was at a low point in her life and career after a release from The X Factor as a judge, an unsuccessful album and a recent sex tape release. In Mahmood’s eyes she became an easy target! Just because Tulisa is famous and in the public eye it doesn’t make it right for a stunt like this to be pulled. Does it? How can we, as a society think that a story in a newspaper or magazine, that we read for our own enjoyment, be an acceptable act or way to treat human beings. After all celebrities are only human, just like us!

This brings me onto a previous article which I wrote, earlier on in the year, regarding a position that I was put in to development my own dream career. I was asked by a well known and highly successful UK newspaper if I would be intrested in writing articles for them. I was over the moon and jumped at the chance to pursue my ultimate dream career. Unfortunately their proposal was not as straight forward as I thought. I was only approached due to who I know, not due to my work. I was asked to dish the dirt and to find out exclusive stories on a friend of mine who is the media business and public eye. Of course I declined their offer! Not only would I not want my career and success to be based on the pain and upset of another human being, I also disaprove of selling someone out for your own achievements. After all its not your achievement in the end, credit falls on the figure that the story is about.

Tulisa’s story is not the only story which has grabbed my attention from the headlines recently. Cheryl Cole is now married! Yet again it seems we are all so quick to judge someone elses live. The fact that Cheryl’s and her new husbands relationship, prior to their wedding, had only begun 3 months ago we think as the public, we apparently have the right to decide if its right or wrong. Apparently Cheryls personal live is ours to discuss as we please and we all seem to have something to say. Just because Cheryl is famous and has a career in the media industry does that really give us the right to judge? Do we stop and think how our opinions can affect her, as a human being? Surely as a member of the British public herself, she has the right to privacy and the right to make her own decisions without the whole country feeling they have the right to comment!

Finally I ask, is it fair to judge or destroy the life/career of a human being simply because they are a famous? Let us know your thoughts below and make sure to follow @Flavourmag on Twitter.