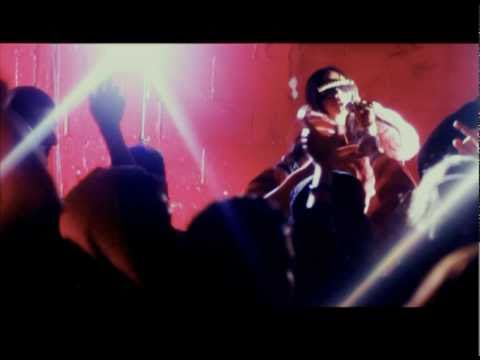 Once upon a time there was a beautiful princess called Nyah, who loved to sing and make pretty clothes. Unlike most other princesses, Nyah has not had the advantage of a Fairy Godmother, nor has she had the privilege of a rich King and Queen as parents. All Nyah’s success so far, has been down to her natural business ability, raw talent and a very strong work ethic. Managing her online boutique and clothing line, as well as writing, recording and performing all over the country and internationally, is just a snapshot into how this mini-mogul spends her days. Business woman by day and recording artist/performer by night, she is an unstoppable powerhouse. A schedule such as Nyah’s would leave most people cowering under the duvet in fear, but this urban music princess makes her hectic lifestyle and self-made successes look like a piece of cake. She cheerfully takes everything in her stride, while remaining humble and extremely grateful. On paper, Nyah’s success story does read like a fairytale, but what has the journey really been like for this North-west London princess? And is it really as easy as she makes it all look? The Princess Diaries tells Nyah’s story to date, tracking her highs and lows along with her real thoughts and feelings. Ready? Princess Nyah first hit the airwaves with funky house banger Frontline. The DJs couldn’t play it enough and lovers of funky house couldn’t hear it enough.

Dear Diary…
I’ve been working some really, really long hours. I’ve worked over ten 1today. On my way home, I was in the car and I just started singing ‘he’s got me on the frontline…’ I don’t know where it came from… Anyway I wrote it on the back of an envelope, (that’s where I write a lot of my lyrics). I called [producer] Def1 and asked if we could go to the studio to record this song. He was like… ‘You want to go to the studio?’ (He was confused because normally I have to be dragged to the studio). When we got there and I said I wanted to make a funky house track, everyone was like… ‘Funky house!??’ Anyway, I sang the hook and they made the beat around me singing, then I wrote the verses. When I listened to it and I was like wow… It was the first song I ever recorded with me singing. I love what we ended up with!

With the help and support of Rinse FM DJ Marcus Nasty, it was only a matter of time before Frontline was being played in every club and radio station across the country. Dear Diary…
OMG!!! I was in my friend’s car today, driving down some back road somewhere… Anyway, we were listening to a pirate radio station, so we couldn’t really hear the music properly, it had this big ‘kkccckkkrrrkkcckkcrrrcck’ noise over it, but I could just about make out the bassline…  And I thought to myself… ‘I know that song…’ Then the hook came in… AND IT WAS ME!! I went mental. I couldn’t believe it. I hadn’t even sent the track out to anybody, so to hear my song on the radio was crazy. I’m in shock. I’m ecstatic! I feel like… oh my gosh… like… that’s me on the radio station, on the whole, big, radio station! It was so unexpected…  out of nowhere. I couldn’t even hear the song properly, but that was enough for me. As far as I’m concerned, I’m famous.

After the huge success of Frontline, Nyah stayed loyal to her funky house subjects, releasing club bangers such as Hooligans ft. Ghetts and Griminal and the soulful Butterflies. Her career went from strength to strength.

Dear Diary…
Ghetts and Griminal are crazy! They’re like my brothers… Griminal is Marcus Nasty’s younger brother and I have so much love for Marcus. He was the one that really put Frontline on the map.  He started playing it first and he got all the DJs to play it. So I know Griminal through him, and I know Ghetts through his manager. We were all out the other night and Hooligans came on. Everyone was going crazy and Ghetts was in the middle of the place, dancing away and going mad to my tune. He said: ‘I need to be on this track!’ so I said: ‘Ok, let’s do a remix!’ and he was like ‘On it’. I though it might be cool. I sent it to him the next day. Then Griminal rings me… He was like ‘Ny…?’ And I said ‘Yeah… what?’ and he said ‘I want to be on the remix as well’, so I said both of them could be on it. I shot the remix video rather than the original, because we just had so much fun working together. It was all jokes, the spider and the frog thing… The frog was my idea, I had nothing to do with the spider – keep that away from me.

Princess Nyah writes all her own songs and each one comes from the heart. Her inspiration centre around particular experiences or situations in her life.

Dear Diary…
Every girl meets a guy that they like and can’t really say that they like them…  then they go through a whole thing of sitting with their friends… ‘What should I do? Do you think he has a girlfriend? Do you think he likes me?’ Why do we never just ask the guy!!?? That would be so much easier. As girls, we like to talk to each other and we tell each other everything, then we come up with our own conclusions as to why he hasn’t asked you out. We never just go and ask him that ourselves. It would make a lot more sense. If I see someone I like… I ‘m just going to tell him. I can’t be bothered to do the sitting down with my friend’s thing. The only person who can tell you how they feel is the guy. Your best friend, even though they have the best possible intentions, they could be telling you something completely off target… That’s why I wrote Butterflies. It’s one of my favourite songs.

With her music career well on track, Princess Nyah decided it was time to sprinkle her fairy dust on something completely different… Dear Diary…
My first set of T-shirts arrived today! I ordered 100. I got 50 in white and gold and 50 in black and gold. I have to actually to stick the diamantes on each T-shirt by hand – trying to cut costs!
I’m sat in my living room and I have everything laid out like a production line. My living room is set up like a little office. I feel very proud, actually. I already have 67 pre-sales! So 67 T-shirts are already sold, I can’t believe it… I went from just wearing the T-shirt, to selling 100 units. My family are not happy about the living room situation. My sister hates me… (I gave her a T-shirt and she was OK for like half an hour and then she was like ‘When are you moving?’) I’ve got diamantes stuck to the floor… I need to get my own office. And a bigger vacuum cleaner.

All this success is not without tough times, set-backs and major difficulties. There are moments when the pressure can get too much for anyone, including a princess.

Dear Diary…
Today is not a good day. I’m doing everything on my own. Running my own business, managing three members of staff, managing myself as an artist, managing my own bookings, I’m doing everything.
I had a meeting with my accountant in the morning, and then I was a guest speaker later on in the day – all the way over in Oxford. From there I had to drive to my office and sort out all my stuff, I also had to do two staff appraisals, a million other things…. Then from there, I had to drive straight to my performance at the O2. I still hadn’t even eaten. I rushed in, then when I got there they were having some problems and I had to put my car in the back. There was nowhere for me to park, I didn’t have any change… urrrggh.

Anyway I got to the side of the stage, with my little bag, so that I could get changed quickly. Then I realised that my shoes weren’t in my bag… they were in my boot, I just had my Uggs on.  At that point it was meltdown.
Everyone was backstage, Boy Better Know, Scorcher, Wretch… and they were like ‘Yo, Princess…’ and I couldn’t bring myself to even speak to anyone.  I just sat there and my face was like… Anyway they finally got my shoes. I was so rude to one of the staff there… I’m so sorry, I feel awful about it. I’m not usually like that.

I did my performance. I came off, drove home. I got home and I just sat in my car for about 25 minutes. I was just sitting there… just thinking, ‘I can’t do this anymore, it’s too much’. I couldn’t even describe the feeling… it was horrible. The next morning my friend Corrine came straight over, she was like, ‘you need a team’. I had a big A4 pad and we wrote down everything I needed: 1. A Manager, 2. A Stylist, 3. A Driver… Corrine is my manager now and slowly, but surely, we are ticking off the rest of the list.

Nyah has quickly learned to deal with the pressure and the sky’s the limit for this North-west London princess. So what has she been up to lately?

Dear Diary…
I shot my video for Take Control today… I’m so happy! I saw the stills and the footage and it looks really good. I’m really excited to see the finished product. For me it’s progression. I probably wanted to do this like five months ago – but slow progress is better than no progress.  If I could fast-forward to ten years in the future, I want to have released at least three or four albums. I want to have a really successful record label, I’d like to also set up a mentoring programme as well and I also want my company Binghi’s Boutique to be a worldwide entity – I want to be global by then. Why not?

Patience and Persistence is out 29 November
Words by Trina John-Charles
www.princessnyah.com