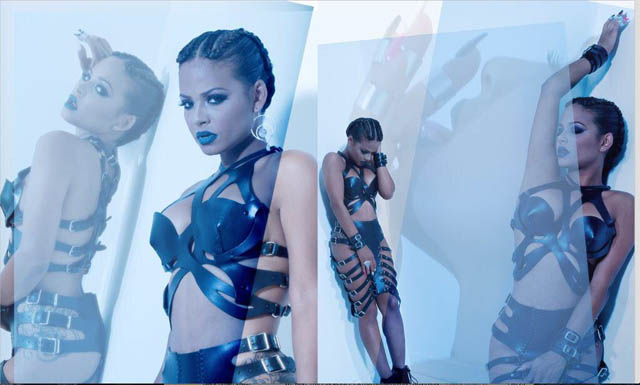 She taught all the girls how to dip it low and pick up slow with her first major global hit back in 2004, making a name for herself in the RnB music game. Since then the 33 year old had a wedding, had a baby and left two huge record label deals behind her as she set up life as a mum.

Now she is back and she’s taking no prisoners. With a new record deal with Lil Wayne‘s extremely successful record label, Young Money Entertainment, and a reality show on E!, which is the boss of reality television and home to Keeping Up With The Kardashians, Christina is ready to take on the entertainment business again! Milian proves she is turnt up on her brand new track “Rebel” which dropped on iTunes just a few days ago. She keeps it real to her RnB roots and she is definitely not playing this time around. The track is edgy and naughty with lyrics like “I’m in trouble now, but the sex feels so good I’m like whatever now” which stay true to her dip it low style. The vocals are auto tuned but they fit perfectly with the heavy computerised beat. It’s a great first track for the singer and it definitely puts her back in the running with the other RnB singers in the game right now. What do you guys think? Take a listen below.

Like what you hear? Grab it on iTunes now – https://itun.es/gb/iND45

As I mentioned above Milian has not only been focusing on music but has also gave reality a shot with her new reality show on E! “Christina Milian – Turned Up”. The show follows herself, her mum aka her manager and her two sisters. You get to see a day in the life of Miss Milian as an actress, an artist, a songwriter and a mum. A leaked track from 2014 titled “Video Model” is featured on the show and was the first taste of new music from the singer-songwriter. Along with this there is also a lot of drama! What is a reality show without drama aye? Catch it on E! on Sundays at 10pm in the UK and take a look at the trailer below.

When you sign to Young Money Entertainment and Lil Wayne becomes your boss you also get the perks of working with the number one rapper himself. Christina appears on the rappers track “Start A Fire” which they took to the stage at the 2014 AMA’s. This was the first time fans got to see Milian live in a few years and they was not disappointed. The duo are also rumoured to be a couple and they played up to these rumours perfectly by releasing a remix of Beyonce and Jay Z’s hit single “Drunk In Love”. Check it out below.

It is unsure when a full album will be released from Christina Milian but if her whole sound is anything like new track “Rebel” we are sure its going to be a hit! Like always hit up @ChristinaMilian and @Flavourmag on Twitter for updates.