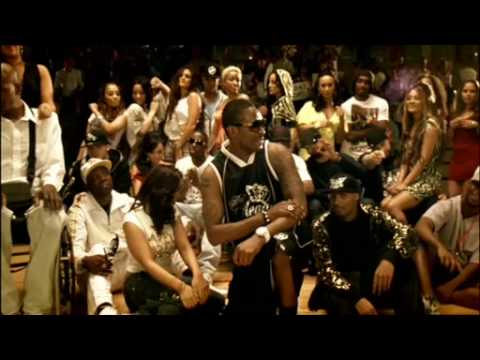 It is hard to believe that So Solid Crew first came onto the scene almost 10 years ago, storming the charts with their surprise number one hit, 21 Seconds in August 2001. Since then, the group enjoyed chart success unrivalled by any other UK garage collective to date. It is fair to say that they were in fact pioneers of the genre, paving the way for artists such as Ironic,  Chipmunk, Bashy and the like. Each member has managed to carve out a career independent of the group whether in front of the camera or behind it. However, after a lengthy time away, So Solid Crew are back with their new single Since You Went Away.

Since You Went Away is an up tempo garage track with a touch of pop, suitable for the new breed of commercial pop/grime which is now reigning supreme in the UK charts. The video sees So Solid favourites Mega Man, Romeo and Lisa Mafia reunited on camera for the first time since So Grimey, their last effort in 2004.

When asked how it felt to be back in front of the bright lights again with old friends, eye-candy MC Romeo replied: ‘It’s a beautiful feeling and quite emotional’. The theme for the video was a basketball tournament with Mega Man and Romeo as the star players and Lisa Mafia as the head cheerleader. Behind the scenes family and friends were helping out with all the styling and catering – making it a real family affair. However, there were two key members who were noticeably absent as Mega Man explains: ‘The people you see around today are the people who really love music. There’s no question about it. There are a lot of artists in So Solid, so getting them all together in one place is difficult. Harvey is still involved but not [involved] directly in this project. Asher is busy with his own projects and is keeping it moving. Regardless, we are all So Solid and it’s all love’.

Why have you been so long?
All may be well in camp, but it still begs the questions, why have So Solid been gone so long? What have they been doing? And why did they leave the music scene in the first place? ‘We’ve been admiring the industry and we have noticed the growth,’ explains MC Romeo. ‘Coming back feels right. There wasn’t a place for us three or four years ago in the industry. But the game has changed. It’s all about timing. Now is the time.’ Mega Man seems to agree and believes So Solid are more relevant now than ever. ‘We are more relevant than everyone because we still get respect from those same artists considered to be at the top of the game like Bashy, Chipmunk and all of those artists at the top of the charts right now!’ he explains. ‘We don’t have to do this. We’ve all got our own businesses that bring in the paper. We are hustlers first, but music is our mutual love.’

With Lisa heading up Mafia Records, Mac killing the promo circuit with Blood Loyalty and Mega’s publishing company and clothing labels, it would appear that So Solid have been building a mini empire while they’ve been away. ‘There’s a lot happening behind the scenes – we’re all grown men now and we’re all about business and being entrepreneurs,’ says MC Romeo.

The personal struggles of individual members have been widely reported in the media. Asher D (Ashley Walters) was convicted of possessing illegal firearms and served a jail sentence back in 2006. Mr Morgan and Mega Man have also been caught on the wrong side of the law and 2005 saw them both face charges of murder. Morgan was sentenced while Mega was finally acquitted following a retrial in 2006. Although So Solid has built a career from their street reputation, they are all older now. Is there still a place for them in the UK music industry? MC Romeo sighs before answering: ‘This is the test to be honest. This is all independent; we’re doing it for the fans.’ With 35 videos, 15 top ten singles and a two times platinum album under their belt, there’s no doubt that they are capable. But can they still do it? Only time will tell. One things for sure, their fans still want them back.

Words by Toya Berry, Photos by Saira Awan of SaiPhotography.com