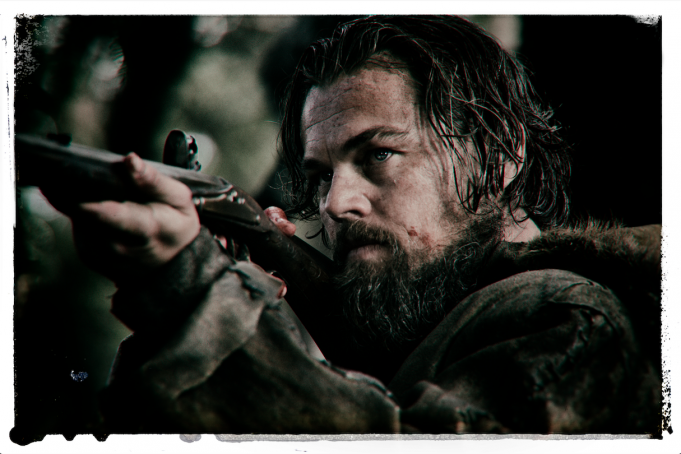 Awards season is well under way and The Revenant is right up there with the best of them, already this film has nabbed itself three Golden Globes for Best Drama, Best Director for Alejandro Gonzalez Inarritu and Best Actor for Leonardo DiCaprio performance.

This is only the beginning; if DiCaprio doesn’t win an Oscar for his amazing portrayal of Hugh Glass and the things he went through in order to survive and reap his revenge is completely astounding in The Revenant then we know something is seriously wrong in the Oscar judging system. With filming lasting a staggering 10 months, it certainly wasn’t the easiest of shoots but this just enhances the picture making it every bit believable. Essentially, The Revenant is a revenge thriller based on the true story of the Frontiersman man and fur trapper Hugh Glass (Leonardo DiCaprio) who after a vicious attack by a 100 stone grizzly bear is near to death as limbs are crushed and blood oozes from claw slashes to his whole body including his throat. This scene alone is the start to an impressive feast for the senses, shot in a single sequence and with an extremely real looking bear the audience feels every last slash, break and fight for survival as you flinch your way through the pain unfolding on the screen.

After witnessing the murder of his son at the hands of the vile and racist Fitzgerald (Tom Hardy) and not being able to do anything about it, Fitzgerald and Jim Bridger (Will Poulter) leave him for dead to head back to base. Unbeknownst to them Glass is a fighter and he drags himself across the snowy Rocky Mountains for miles as he tumbles down hills, is dragged through river rapids and hides from a tribe of murderous Pawnee’s. The most disturbing fact is, yes it may have been slightly exaggerated but everything Glass endures, actually happened, and how this one man went through so much is truly inspiring. It questions whether we would be willing to eat the rare meat of a freshly killed bison (which we see in innards in great detail) or would you completely graphically gut a horse, climb inside it’s carcass to sleep inside of it in order to save yourself just to make sure you survive in order to hunt down the man that killed your child to execute your revenge?

The cinematography is absolutely stunning and the cast has to be rewarded for lasting so long and still pulling off such an amazing performance in what was extreme conditions. In a recent Q&A Domhnall Gleeson, who plays the head of the fur-trade party Andrew Henry stated that the conditions were paramount to playing the part, making it seem even more realistic. It is hard to single out one performance but DiCaprio shines that little bit brighter above the rest, it would seem he was made to play this role and you simply couldn’t imagine anyone else in his place.

The Revenant is out in UK Cinemas 15th January.