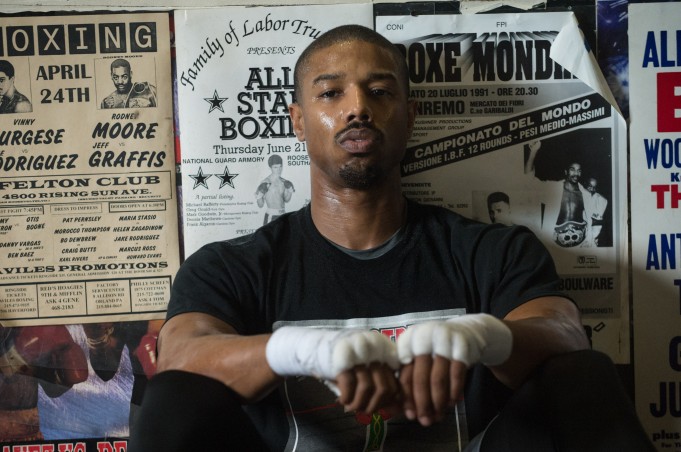 With the next chapter in the Rocky franchise about to land at our door, we wanted to give you all a little insight to where you have seen its leading star, Michael B. Jordan before and exactly why he’s worth watching.

Michael B. Jordan plays Adonis, the son of Rocky’s best friend, Apollo Creed, in the film Creed. However, this isn’t Jordan’s first outing in a lead role (which we will cover later). Jordan first hit the screens in three of the most critically acclaimed television dramas over the past decade in The Wire, Friday Night Lights and Parenthood all of which have paved the way for his way onto the big screen

In 2012 Jordan landed a role in Red Tails as Maurice Wilson alongside the likes of Terence Howard, Cuba Gooding Jnr, Ne-Yo, Nate Palmer and David Oyelowo. Red Tails is set during World War II, 13 Black cadets become part of an experimental Program to teach ‘coloured personnel’ to become fighter pilots for the Army, however due to discrimination and lack of support and a racist stance that these men lack intelligence and aptitude to do the job. Despite all the setbacks these men prove they are more than able to do the job. Fruitvale Station was Jordan’s first major lead role in a film, taking on the role of Oscar Grant a 22 year old from the Bay area who lost his life at the hands of the racist American police force. The true story follows Oscar on the day of his death, 31st of December 2008, as he goes about his normal day. Jordan’s performance was emotionally charged and extremely poignant proving his talent was certainly one to watch. That Awkward Moment saw Jordan team up with troubled heartthrob Zac Efron and Miles Teller for this romantic comedy of three best friends as the full pray to love. Jordan played Mikey, a sensitive man who found it extremely hard to cope and move on from the breakup of his ex. In 2015, Jordan made that all important move into the comic book adaptation of the Fantastic Four, Being cast as Johnny Storm came with a bit of an upset amongst many die hard comic book fans because he was Black, even though the film wasn’t that great it was by no means the fault of the actors involved and Jordan was on fire as the Human Torch. And so we come to Creed, another great move on the part of Jordan to become part of movie history in the Rocky series. Playing the son of Apollo Creed, Adonis, an angry young man who has fighting in his blood. Seeking out Rocky in order to train him to become a fighter in his own right and ‘to create his own legacy’ and that’s certainly what Jordan is making for himself on the big screen.

Creed is out in UK Cinemas 15th January.