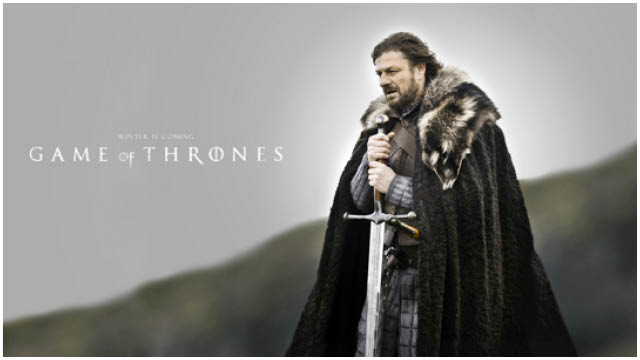 Over the last decade or two, the small screen has enjoyed something of a resurgence of popularity.

Rather than committing several hours to sitting uncomfortably in a darkened cinema, watching the latest blockbuster to the sound of a hundred people crunching through their popcorn, more and more of us are inclined to stay at home and soak up our favourite series and sitcoms on television.

Why is this? Firstly, the explosion of viewing platforms and online portals has allowed everyone easy access to quality television, regardless of their location or social status. Secondly, a trend of high profile actors signing onto TV shows (as opposed to movies, their traditional domain) has increased interest in such series. And finally, the consistently high output of many recent dramatic series, which seem to get better year on year, maintain the public thrall.

If you’re late to the party, here are a handful of the best shows to get your teeth into and see what all the fuss is about.

Arguably the show that kick-started the rise of TV series again, The Sopranos featured the tragically departed James Gandolfini as Tony Soprano, a beleaguered mafia man who struggles to juggle marital strife and familial drama with his murky Mafioso dealings and recurring panic attacks. As a mobster who goes to therapy, Soprano offers a unique and disturbing insight into the world of organised crime.

Both sides of criminal life are explored in this hit show set in Baltimore , as a group of drug-trafficking criminals look to expand their operation whilst evading the attentions of the local police force. Murder, corruption and extensive phone tapping (hence the title) ensue as the gritty underside of the Maryland city is exposed in unflinching graphic clarity.

Steve Buscemi became one of the first big names of Hollywood to commit to a HBO series and establish that medium as a serious and respected outlet for those more accustomed to the silver screen. In Boardwalk Empire, he plays Enoch “Nucky” Thompson, a corrupt politician who uses his considerable influence to control Atlantic City during the Prohibition era.

Fans of George R. R. Martin’s classic fantasy series ‘A Song of Ice and Fire’ have been thrilled by the HBO series that adapts Game of Thrones. Created with a seemingly limitless budget, a wealth of great acting talent and more nudity and violence than you can shake a stick at, the story follows the struggle between several noble families in the kingdom of Westeros as they hope to claim the Iron Throne as their own.

The novel idea behind True Detective (created by award-winning writer Nic Pizzolatto) sees the setting, character list and cast change from season to season. In its debut run-out, Matthew McConaughey and Woody Harrelson set the bar very high with their unsettling depiction of two very different detectives who are called in for questioning, over a decade after a case on which they worked on together to try and shed light on a spate of murders. The grisly unravelling of the bygone case, as well as the trauma of their intertwined personal lives, is uncovered in an ambitious and affecting finale.