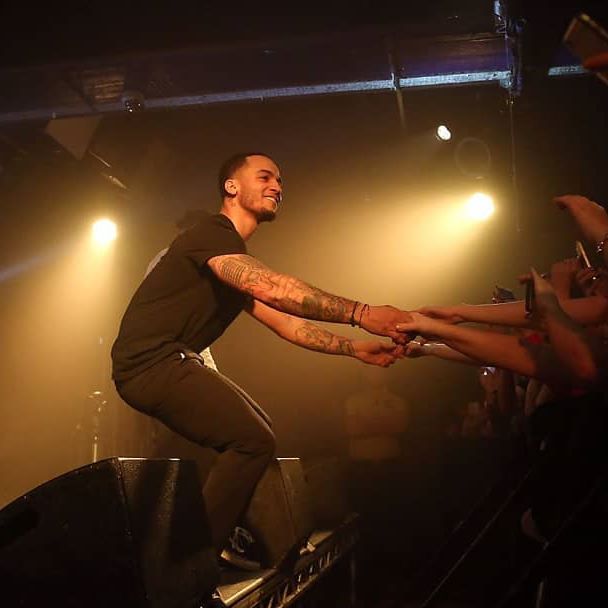 The London venue, which held over 1,000 fans, friends and family members were graced with the entire package: a bold sense of stage presence, highly energetic choreography and mesmerising vocals. Merrygold performed a range of hits, from his very own solo material, including – ‘One Night in Paris’, ‘I Ain’t Missing You’ and Samsung hit ‘Get Stupid’ to popular mainstream covers such as ‘Despacito’ and ‘Barking’. Aston additionally treated his fans to exclusive new material from his upcoming debut album. ‘Rest of My Life’ was a particularly heartfelt song, which Merrygold explained to be very sentimental to himself and his family due to it being based on his baby boy, Grayson.

Just as you thought the energy had reached its full potential for the evening, Merrygold put it to shame as the crowd frenzied over his surprise performances of old JLS tracks, which brought a nostalgic feel through the venue. The crowd couldn’t get enough, delivering solo vocal performances to smash hit JLS tracks from the likes of ‘Beat Again’ to ‘One Shot’, as well as teasing ‘day-one fans’ with more personal songs such as ‘Close To You’ and ‘Dessert’. The overwhelmed singer even turned his audience to face former band members, Marvin Humes, JB Gill and Oritse Williams in tribute to their years together. It was a sensational night from Aston Merrygold, reflecting an intense level of showmanship, credibility and consistency which is truly rare to see in the modern day music industry.