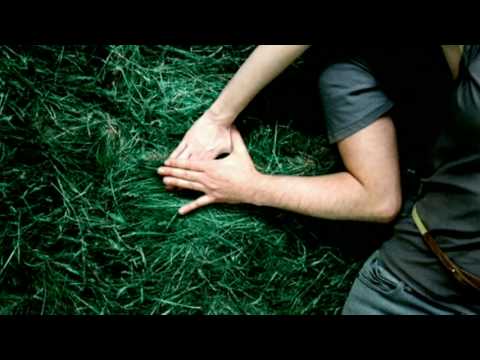 Bursting onto the music scene with their infectious track ‘That’s Not My Name’ back in 2008 (re-release), The Ting Tings – musical duo Jules de Martino and Katie White – ushered in a fresh sound into pop. From the success of the single and their debut album We Started Nothing they were able to tour the world and even got signed by Jay-Z’s Roc Nation. Back from a brief hiatus, Katie gives Flavour the lowdown on what the band’s been up to, why it took so long to make this sophomore album and what the soundtrack to her life would be – you’ll be highly surprised… Do you have to mentally prepare for heaps of press interviews?
A little; you also have to be quite patient, especially when you’re doing an interview over the phone with, say, a Japanese magazine. I remember once we were in Japan and I fell asleep during the interview because it took like 20 minutes to translate. I felt so rude; I had jet lag and fell asleep.

One of the most embarrassing things that’s happened to you?
See, the problem is see is that I’m so clumsy, I constantly fall over on stage so it’s gone beyond being embarrassing now. I don’t think I’ve done anything more embarrassing than falling flat on my face in front of 50,000 people.

You were signed to Mercury Records but got dropped before putting out any records. How did you overcome something that big?
It was pretty horrible; we just lost ourselves in our music and our art. We gave up thinking it’s time to be a successful band, and really just started to enjoy art and music.

What kind of things inspire your music – daily life, situations you go through?
Yeah, I think that’s why we took so long to do this second album. We write and record every instrument on the album ourselves. I think with the first album being a success and seeing how much we travelled with it, we had to live our life for a good year before we started to write about it. Like the song ‘That’s Not My Name’, we actually wrote that at a frustrated place where we were feeling invisible, like, you’re so worthless that people can’t even be bothered to remember your name.

Have you ever been in an interview where they’ve forgotten or got your name wrong?
Oh yeah! But I’ve also had moments where I’ve forgotten people’s names, which makes me look more stupid.

What’s surprised you the most about being in the industry?
I’m going to sound really cynical now… how much of it is bullshit?! It should be about the music, the artistry, and everything else falls into place. Maybe because it’s mixed in with that whole reality TV thing now, where you feel pressured to keep up with the Celebrity Big Brother contestants to get in the press. For me I just think that if you make a great record it will find its way out.

Anything else?
Yeah, especially with the Internet as no one can really stop the people from listening and I think that’s quite important to us as a band.

How did you challenge yourself on this album?
Well, we scrapped half of it to start with [laughs]. We moved to Berlin and did an album that was more dance-based and then decided we could hear electro-pop everywhere. And then we moved to Spain. Probably I think deleting half your album and starting all over was quite a challenge, but I’m glad we did it.

Which track is your favourite?
‘Guggenheim’, which is a kind of spoken word song, [which] explodes on the chorus. We wrote that in Ibiza and I just love it, because it’s just an interesting song to me.

What’s your signature clothing?
Hats – just because my hair is so horrific; it’s uncontrollable so I constantly wear hats.

Tell us something about yourself that your fans aren’t going to get from Google?
A bird shit in my eye once… I was about eight, in Blackpool, and I looked up and a seagull shitted right in my eyeball. It’s quite random as well – the odds of being shit in the eyeball are quite rare.

So, if you were to explain to a Martian who The Ting Tings are, using the letters T.I.N.G., what adjectives would they be?
Thankful. Ignorant. Nosey. Greenflies.

If you could choose a soundtrack to your life, what would it be?
Gosh! You’re asking deep questions. It would probably be [starts to rap], ‘I like big butts and I cannot lie.’

Why that one?
I don’t know, just felt like rapping it.

Would you like to meet any of your idols and who are they?
Actually, I don’t want to meet my idols, because I’m a huge fan of The Smiths and if I ever met Morrissey and he was rude to me I’d be so upset and it would spoil every Smith song ever going.

Do you prefer being in the studio or on stage?
Both have their strong points, but because I’ve been stuck in the studio for the past year, I’d say live on stage is my favourite at the moment.

Album Sounds From Nowheresville is out now