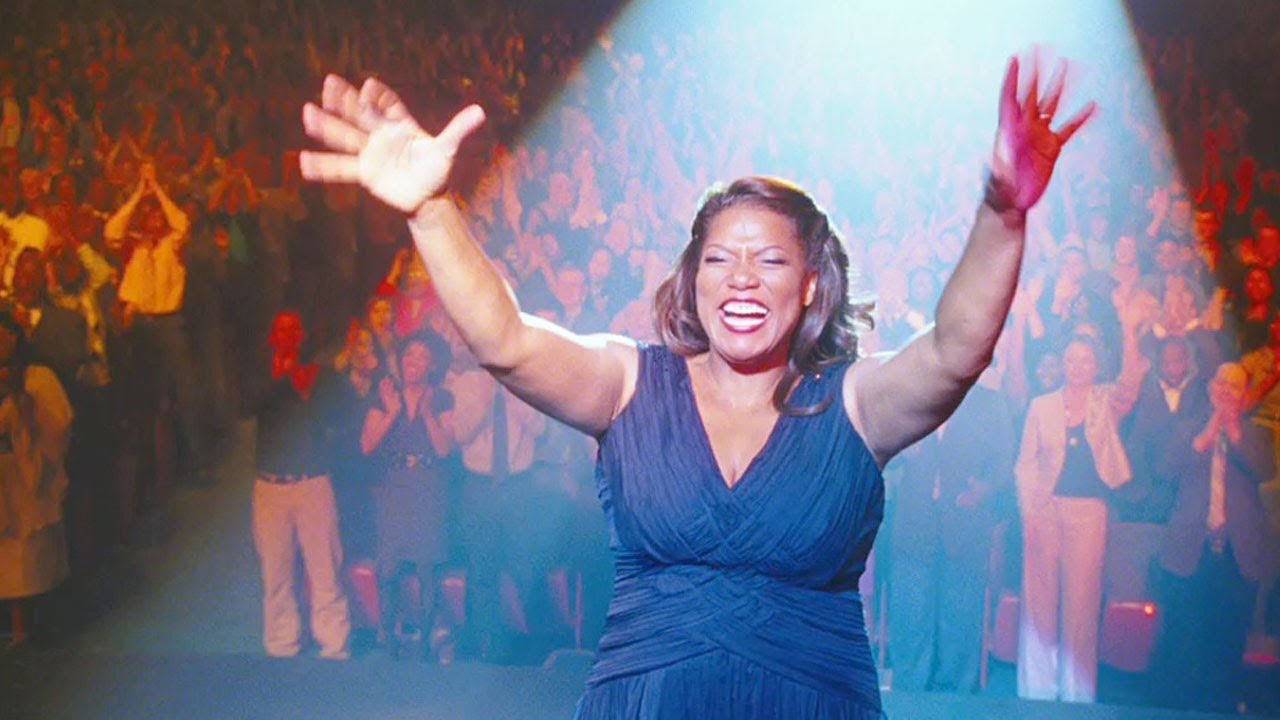 With so many to choose from, it was a tough decision to make but we’ve hand picked our favourite musicals especially for you. If you haven’t already, make sure you’ve seen each of these, so in no particular order, here they are:

Whoopi Goldberg blows away audiences in this soulful musical, without need for male eye candy or violence to grip the viewer. Instead, twenty years later, children and adults alike continue to watch it to relive jokes that never grow old. We reckon that Joyful Noise might be a new and better Sister Act, ready to knock it out its place.

With a star-studded cast, Mamma Mia is the highest grossing musical film worldwide. Extensions had to be made to its cinema release due to its success and cinemas nationwide were filled with people singing along in front of the big screen. It creates a wonderful concoction of romance, comedy and well known, great to sing songs from legendary band ABBA.

Love it or hate it, you’ll most definitely know about it. This original Disney Channel movie became such a sensation that it grew into a trilogy. What’s more, it introduced us all to the dreamy world of Zac Efron, whose face you can now have on your pencil case, in a locket or pasted on a poster on your wall in case you can’t get enough. Not convinced? Stop taking yourself so seriously and go grab some pom poms.

In Grease, Sandy had to be sewn into her final black outfit because it was so tight, if only she’d popped to Topshop, she could of just got hold of some wet look leggings for a tenner.

This film pushed the boundaries of cinema at the time of its release with the use of both sepia and Technicolor. It even inspired the current musical sensation of ‘Wicked’, although that’s yet to be turned into a film. The Wizard of Oz remains a family favourite as it draws together one ordinary girl, a magical land and the timeless message that ‘there’s no place like home.’

A modern day Cinderella story with our number one diva Beyoncé singing her way through from start to end.  The kind of feel good film best enjoyed with an indulgent hot chocolate on a cosy night in.

How could we forget the musical that brought Queen Latifah widespread acclaim? A slight contrast, to say the least in comparison to her involvement with Hairspray in 2007. Chicago brings the best of a Broadway musical to be watched over and over from the comfort of your own sofa. Plus… the added privacy to try and copy some of those dances. The 1960s was one of the most famous decades for musicals, what with the release of ‘The Sound of Music’ and ‘Mary Poppins’ amongst others, so what better a period to set this modern classic. Hairspray delivers the expected cheese of a good musical and then some. Big hair and even bigger characters, although let’s face it, we’d rather have the John Travolta of Grease than Edna Turnblad of Hairspray.

What other musical is cool enough to have a track written for it featuring Christina Aguilera, Mya, Pink, Lil’ Kim and Missy Elliot? Combine that with some intellectual historical stuff, tuberculosis right. Ewan McGregor singing and generally looking chivalrous and outrageous costumes and dances, it’s hard not to love it.

Charlie and the Chocolate Factory (2005)

With bonus points for originality, especially considering it was a remake of the 1971 version. In his characteristic style, Tim Burton puts a dark twist on the children’s story. You might not find Johnny Depp’s Willy Wonka as charming as his Jack Sparrow but with his quirky mannerisms, a bombardment of colour and great special effects, you’ll be sure to find it just as captivating.

There will never be another Grease, despite the attempted sequel. What’s more, half of fashion in the film is back in fashion. Check out Sandy’s skin-tight jumpsuit and the girls’ cute crop tops. Trivia: Sandy was sewn into her final black outfit because it was so tight, if only she’d popped to Topshop, she could of just got hold of some wet look leggings for a tenner.