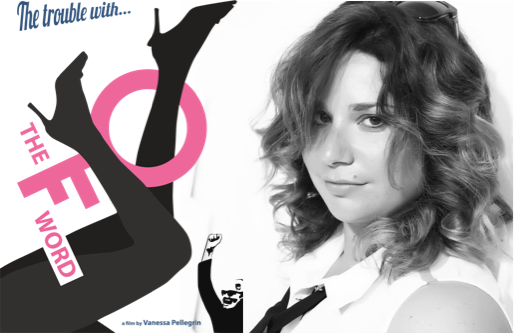 Documentary exploring all sides of Feminism and gender equality, The Trouble with the F Word, has launched a Kickstarter campaign to raise money to complete this important film, as well as begin a discussion about this controversial topic.

In the UK and US, only 19% of the population claim themselves to be feminists. Lucy Anne-Holmes is an activist feminist and Nick Lancaster is an egalitarian that has trouble understanding the F word. To understand each other’s positions, Lucy and Nick will be taking on each other’s roles and will be forced to view feminism on a different level. While Nick has to participate in things like the ‘Walk a Mile in her Shoes’ event and educate himself on the difficulties in life for women, Lucy will be campaigning for men’s rights movements and learn about unfairness in the male world.

The Trouble with the F word has been in progress for the past 3 years and needs one last push to be completed. Feminism and gender equality have been particularly controversial subjects in the last few years. Through this documentary, Vanessa Pellegrin shows the issues with the label of feminism, the men’s side of today’s gender issues and the pros and cons of third wave feminism. Not only will Nick and Lucy be taking challenges from each other, but they will also be taking challenges from the kickstarter backers.

To help fund the rest of this important documentary, The Trouble with the F word is asking for help around the world to raise as much money as possible to start an important discussion about a very important subject.

The kickstarter campaign is now live with a video where Lucy Anne-Holmes, Nick Lancaster and Vanessa Pellegrin go more in depth about their goals of the the campaign and the involvement of their backers.

What about meeting us and talk about the documentary and third wave feminism?

The prestigious international marketing school ESCP London is inviting us to debate the question this Thursday 25th of february 2016. Check out this Facebook page for more details:

You will get a chance to meet and ask direct questions to the director Vanessa Pellegrin who will be debating with entrepreneur Jenna Suru. The event is hosted by HeforShe ESCP