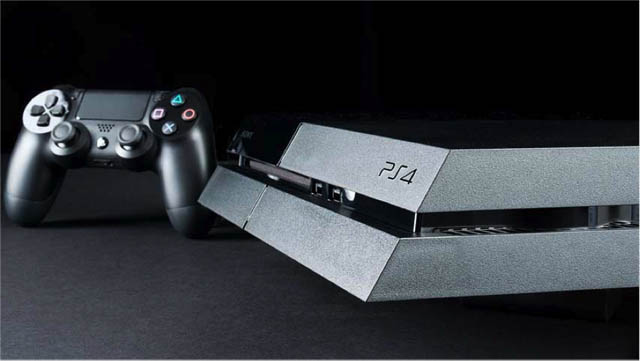 So you’ve just won the lottery. Or at least you’ve just put it on and you’re spending your delightful winnings in your head already, because let’s face it, you are going to win! What will you buy? You can finally get the TV you fancy. Or the yacht. That new Mercedes that keeps haunting you every commercial break.

Or you could be like us and be thinking only one thing. Games room…

It’s every gamers dream. A room filled with PlayStations, Xboxs, comfortable chairs. Not a swivelling desk chair in sight.

So, without further ado, we’ve cast our eyes across the web, fantasised, deliberated, and argued, to bring you the three essentials for the gaming room you’re going to build once your numbers come in.

It’s not often something truly great comes out of the 1970s. It was a decade with flares and Showaddywaddy after all. But one thing, the Megatrend MkI, was truly ahead of its time, and Transmission have repackaged it to create the perfect sound for scoring a hat-trick on FIFA or blowing away terrorists on Call of Duty: Advanced Warfare.

Considered ahead of its time in the decade of Leo Sayer, the 7 foot speakers has an overall sensitivity of +100dB and unbelievable softer levels giving detailing to pieces of music that you’ll have never quite noticed before. But of course big speakers need a big TV and you won’t get anything quite as impressive as the Sony 4K Projector. It may need a big room, heck you may even need to move house, but the 147 inch HD display will certainly make it worth your while.

Giving your gaming a cinematic edge, the projector could set you back as much as $50,000 but with a lottery win, that’s just a drop in the ocean anyway. Going the opposite way of cinematic, the Ovei Personal Gaming Pod will transport you directly inside a game, in what is quite possibly the most immersive piece of equipment going.

Whether your taken to the exciting casino roulette tables of Las Vegas in the online casinos, or to the Sun Life Stadium pretending you’re Dan Marino throwing for the Dolphins, it’s the ultimate gaming device.

With 5.1 surround sound, a chair which is fit for a king, and your own personal configurations, it’s less of a pod and more a cloud floating you up to gaming heaven.