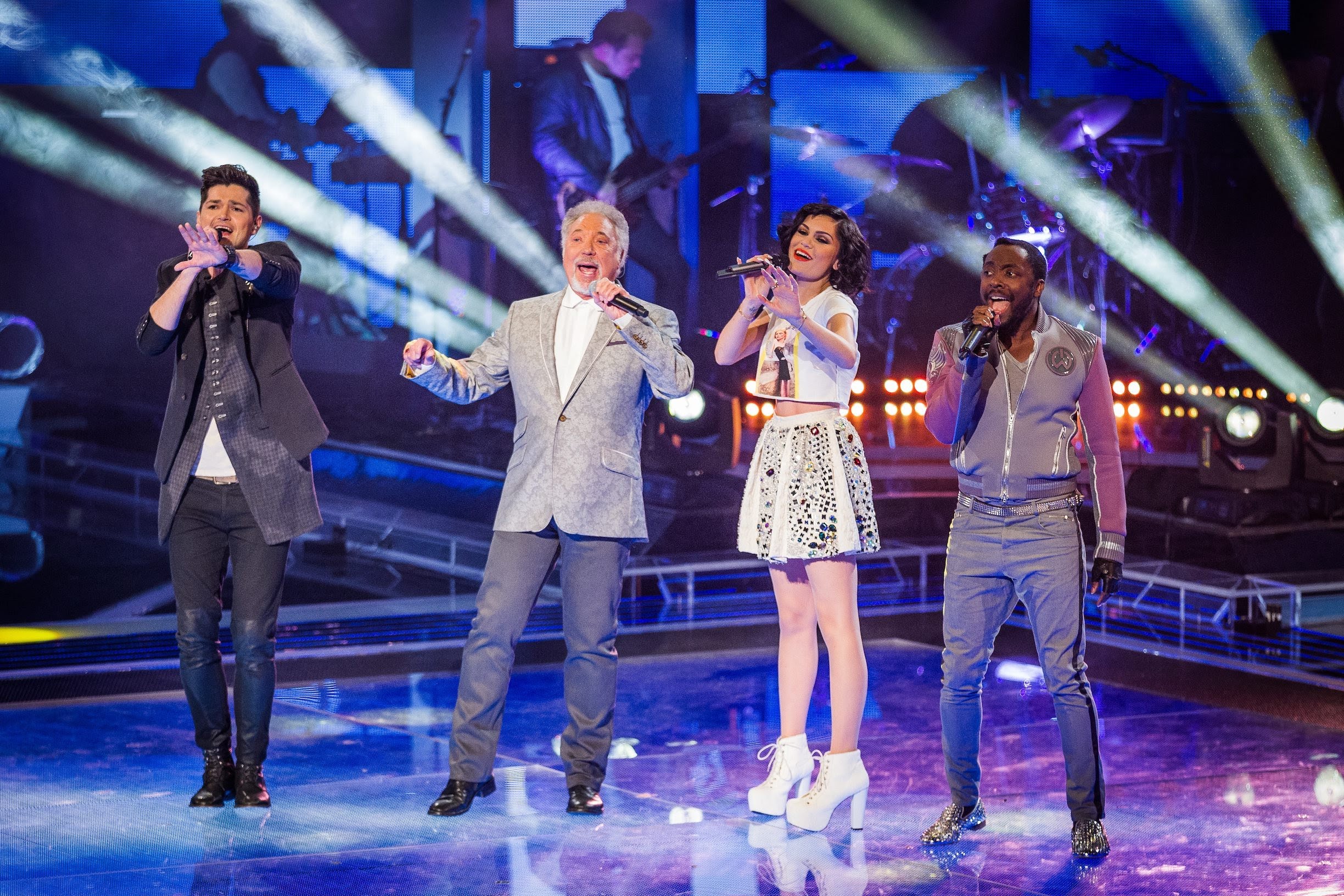 …It was a ‘Beautiful Day’ for the coaches Tom, Will, Jessie and Danny as they opened the show with a performance of their own.

Kicking off the show again was team Will’s, Joelle Moses. After some indecisiveness about the song choice, she gave nothing less than a world class, star performance of ‘I’m Going Down’. All four judges gave her a standing ovation before giving her unanimous positive feedback. Joelle was worried about opening the show again but this performance set the standard.

The dividing of opinions commenced after Sam Buttery’s animated performance of ‘A Little Respect’. Every coach complimented his vocals but Jessie J said ‘I would have preferred to see just you on stage’ although Sam earnt ‘the first “dope” of the night’ from Will. The uber confident Frances Wood, who is always ‘trying to fine tune her craft,’ dominated the stage during her rendition of  ‘Ain’t Nobody’. Another of Will’s famous facial expressions appeared when Danny said her dance moves were ‘a little bit stiff’ and her voice was a little ‘pitchy’ to start off with. Though Tom Jones commented ‘I think it’s very bold to begin with, to sing a Chaka Khan song but you did and you didn’t try to copy it, you did it in your own way but you did it with as much intensity as she does’. Her performance had Jessie J wishing she’d turned around for Frances Wood in the blind audition.

Adam Isaac had the audience and the coaches in hysterics when he picked Tom Jones as his coach, below. ‘He looks great, he sings great’ but he had problems in rehearsals until he picked up ‘every rock god’s best friend’ – a guitar. Despite falling off stage during rehearsals and chipping a bone in his arm, Adam ultimately delivered a performance that was like he ‘was headlining his own festival’. Will would ‘dare to compare’ Jaz Ellington to Stevie Wonder and Michael Jackson. Jaz has got audiences buzzing in the UK and America with his ‘flawless ability’. ‘Sometimes all you can do is just sit, smile, stare and be in awe of someone’ stated Jessie J, after Jaz got all four coaches on their feet with his performance of ‘At Last’.

He lost his best friend but being around Amy Winehouse is possibly what has shaped Tyler James into the true artist he is now. He knows what he wants to accomplish and coach, Will, recognises and appreciates that. He has an impeccable falsetto. ‘You were dope… you found the emotion, I felt it… Every lick was licked, it was fresh’ said Will, right after revealing his fear that fans will be passing the Black Eyed Peas’ dressing room to get to Tyler’s, when they’re on tour together.

No coach turned around until Ruth Brown hit a mega note and held it for 17 seconds in her blind audition. Her raw talent is something that coach Tom Jones admires. Jessie J and fellow Voice contestants were in tears after her ‘mesmerising’ live performance last weekend, which drew a resounding reaction from the whole studio. Tom highlighted ‘if Ruth was being judged on applause, then she would win’. A perfect end to the first live show. Lana Del Rey was the special guest performer on Sunday’s live results show, which kicked off with a 10 strong performance from teams Danny and Jessie. Lana’s performance of her latest single ‘Blue Jeans’ received mixed reactions. Some said she didn’t meet expectations as the first guest performer on the show but it’s known she doesn’t sound immaculate live. Unlike some of The Voice UK contestants, she received no standing ovation, no cordless microphone and she didn’t even hang around to chat.

There was a quick recap of the previous night’s performances and the atmosphere in the V Room was ‘tense’. Reggie revealed there had been comments from Cheryl Cole, Rio Ferdinand, Gok Wan and even will.i.am was tweeting throughout the show.

The fate of team Tom was up first. Ruth Brown was the first to be saved by the viewers followed by Adam Isaac and Leanne Mitchell. Up next team will.i.am’s Frances Wood was saved first, then Jaz Ellington and Tyler James. That left four acts but just two spots to be filled. Watch how the elimination events unfolded below.

Catch up on The Voice UK first live show and the results this week, as this weekend ‘the fun happens’ when teams Jessie and Danny take to the stage for your vote. If you’ve got a comment, question or tweet for one of the artists, have your say via the blog, FaceBook or Twitter page. Reggie might just read it out in the V Room, where all the artists hang before and after their performances.