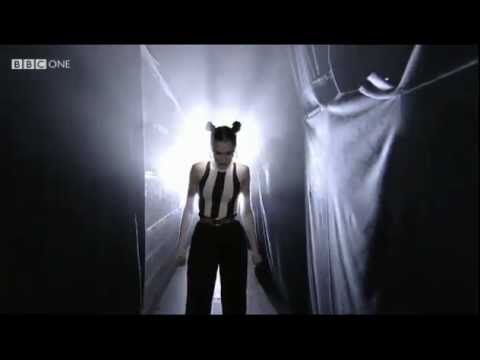 Bowling is her ‘secret little fun thing to do’ and that was the activity of choice before Jessie J joined her team in a show-opening performance. ‘I think it’s really important that before the group performance, we had a chance to get to know each other outside of work’. She also wanted the performance to be perfect but anything can happen on live TV – ‘this is how team Jessie does it’. Check out the absolutely first class performance the group delivered after the mic malfunction was rectified.

Danny said his performance of ‘Free Fallin” was ‘flawless’. ‘You came out, just your guitar and you, and you did Max Milner’ but this week some of the judges thought he did a little too much of another artist. When we saw Max would be incorporating a loop pedal into his performance this week, the lyric ‘watch how I step on the track without loop pedal’ instantly came to my mind. The judges comments were more than justified when Max then incorporated the Ed Sheeran verse into his performance of ‘Black Horse and The Cherry Tree’. The loop pedal was an amazing addition though and the performance got the audience and the judges moving but will.i.am said ‘the song selection probably wasn’t the smartest’ and Jessie clarified, ‘this is an Ed Sheeran thing and that’s what he does’. It’s hard not to love Vince and he knew what he wanted to do this week. ‘It’s been the coldest May in a 100 years, I need to bring the sunshine’ he said. He sang a Whitney

Houston classic – ‘My Love Is Your Love’ and wanted a ‘carnival’ feel for the performance. ‘Vince just puts a smile on your face’ commented his coach, Jessie. He takes songs and does them his own way, ‘he doesn’t’ sound like anybody else, he sounds like himself and he’s got such a great vocal range,’ commented Tom Jones. The man who Reggie says ‘is reinventing the English language every Saturday night’ said it ‘double time’ – saying it in the studio and then putting it out via Twitter – ‘ring the alarm #vinceisthe bomb.com’ Lifeguard, Aleks Josh, appears have an army of fans. ‘He’s had lots of marriage proposals and other proposals’ say his family, Aleks thinks ‘it’s cool though’. He wanted the viewer vote this week but the coaches’ comments left him disheartened. Will loves his simple style but he wants Danny to push Aleks away from the stage presence he’s used to. Jessie thought his performance was ‘very safe’ and wondered ‘when’s it going to get more exciting?’ Danny revealed Aleks made a promise last week, ‘that if he gets past this stage, then we start to experiment’ but did he do enough this week to secure a slot in the semi-finals? Aleks is only 17 but does age matter or is he just playing it too safe? Tom said when he was 17, he wanted to set the world on fire, ’17 is not a time to relax… and that performance was very relaxed’.

Becky Hill sets the stage on fire with with ease. ‘She always does enough for me,’ commented Tom Jones before making the direct comparison that Becky is the complete opposite of Aleks Josh. The energy she exudes is second to no other contestant and she more than delivered again, in her performance of ‘Seven Nation Army’. See if you can spot the cheeky mistake though – remember it’s live TV and ‘this is how team Jessie does it’.

The show closed with a performance from coach Danny and his team. To get them all working together he took the group to the studio, where they met with The Script themselves. Go-karting was next on the agenda before a theatrical performance of ‘Somebody That I Used To Know’. Paloma Faith was the special guest performer on the Sunday night results show, which opened with a powerful duet from two of the biggest voices in the competition. Ruth Brown and Leanne Mitchell performed a stunning rendition of Florence + the Machine’s ‘Shake It Out’. Who knows how long they held that last note. Tom said it was a ‘delicious’ taster and he ‘can’t wait for next week to get to the main course’. We were treated to a duet from Jaz Ellington and Tyler James too. will.i.am returned Reggie’s nickname favour and stated ‘if they perform as well as Fashion Obama dresses, you’re going to get your socks blown off.’ It was exciting to see how their different styles came together for an untouchable performance.

The two artists sent through to the semi-finals by the viewers were Vince Kidd from team Jessie and Bo Bruce from team Danny. With only two more places to be filled, it was time to say goodbye to four artists as coaches Jessie and Danny chose the final two, below.

Who do you want to see crowned winner? Make sure you catch up on the fourth live show and results before it all kicks off in next week’s semi-final. The semi-finalists are:

Remember, you can see the eight semi-finalists live on tour this year.