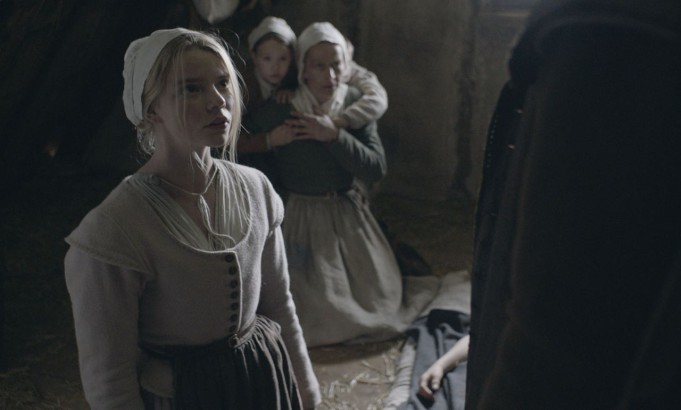 The Witch takes subtle scares to a new high in this breathtakingly shot first feature film for writer and director Robert Eggers. Finally, we have a film creative that has moved away from the obvious nerve jumping moments and relied heavily on setting the right mood and anticipation for a horror which will truly unsettle the viewer.

In Eggers The Witch, we see his childhood fascination with Witches inspiring a story set in 17th century New England and has its focus on one family headed up by William. William (Ralph Ineson) see’s himself banished from the plantation they live for his outspoken views on the town’s religious principles and he wholeheartedly accepts the banishment. Taking his wife and five children to set up home in a remote spot on the edge of a foreboding forest, it’s not before too long tragedy strikes the family.

Whilst eldest Daughter, Thomasin (Anya Taylor-Joy) is playing peek-a-boo with the baby in a field on the edge of the woods, the child mysteriously vanishes. Cut to the typical imagery of a witch running through the woods with the child and what happens next will horrify without even seeing the full extent to the heinous act.  What intrigues? The fact we never truly get to meet or found out much about the mysterious Witch which has a thirsty appetite for the young and whose very appearance can morph from vulgar stereotypical Witch like features to a more beautiful and enticing being.  We never get that definitive image which creates that frightening sense of anxiety. As the story continues we see the Family struggle to deal with the disappearance of the baby and Thomasin has the finger of blame firmly pointed in her direction. This isn’t the only thing that goes wrong for the family, as their harvest of corn starts to wither and die, which brings them close to starvation their eldest boy disappears into the Forest only to come home possessed by something evil which soon takes his life. With their faith brought into question fuelled mainly by the annoying boy/girl twins of the family they question that it couldn’t possibly be God that has forsaken them and that it must be one of them which has pure evil in their blood, each time a question is raised the answer always falls on the head of the coming of age Thomasin but it’s the constant accusations that push this poor girl to her very limits. Along with the atmospheric cinematography, the soundtrack only adds to the sense of fear and in trepidation that is unfolding in front of our very eyes, even if it is slightly reminiscent of old horror classics of yesteryear. Complimented by a cast that delivers so effortless a believable performance

The Witch is out in UK Cinemas 11th March.