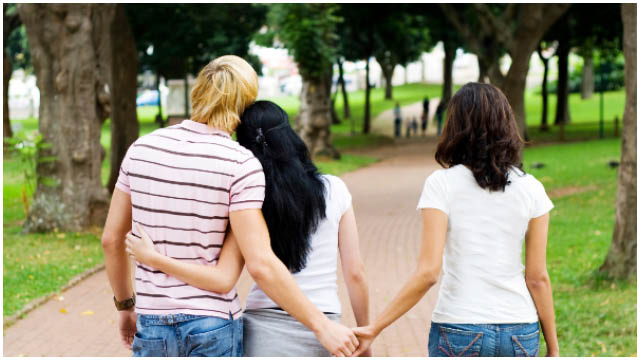 Chris Brown exclaimed it whilst Keyshia Cole quipped that she “should have cheated,” after a guilt ridden partner accused her of doing the dirty.

Cheating is something that we can all relate to, in some sense or the other. Either through children of divorce, having done the dirty ourselves, being hurt by a partner or simply knowing and harbouring that secret. Now let’s continue this by stating off the record that men and women are just as guilty as one another but as a women, forgive me if I become slightly one sided.

Now having put the question ‘Can the cat really forget about the cream?’ I didn’t have to wait long for a response, an almost unanimous female response. Some spoke of their heartache at being the victim of a cheater, some confessed their cheating youthful ways whilst others proclaimed ‘once a cheat, always a cheat,’ as well as to ration that fantasising about doing the deed was in fact worse than actually partaking in the deed. Basically everyone had an opinion!

It’s my judgement that we live in a highly sexed society, we’re surrounded by scantily clad lingerie models, bulging athletes, those social media ‘sex sells’ sell outs and we’re able to access x rated material at the drop of a hat. Now all of these may please and tease us but I personally don’t have an issue with images that may be a tad sexual. The saying goes ‘you can look, but you can’t touch,’ but for others, looking can be seen as cheating.

One anonymous gave lift off to this saying that “There is mental cheating if a person falls in love with another person but doesn’t sleep with them. They want to be with them which hurts more than cheating. The thought is there but the act hasn’t been committed…yet.”

I’m in agreement that this would be damning and upsetting but for me a physical action, not thought must arise. It could be that secretive text message that gets slyly deleted, the name saved as someone else, the kiss that drunkenly took place, the sex that foolishly happened once.

Perhaps my thinking is naive that as we leave adolescence, our ability to remain faithful to a single partner is something so debauching. My head see’s it as, if you’re not happy, then why stay? Kerry gave this angle, “People who cheat aren’t always these big bad spiteful people who go out of their way to hurt their partners. Some people cheat on the love of their lives. We live in a society that encourages immediate gratification of ourselves emotionally- you feel bad, you go shopping or get a facial to feel better. You lack confidence, you have a drink or get a new hair cut. We live in a society that teaches short term gain, so it’s hardly surprising that there are tons of people that love their partners and want to be with them, but just don’t know how to prioritise that over feelings and emotions that encourage them to cheat for one reason or another.”

I understand that cheating doesn’t necessarily mean you’re in a loveless relationship, so to me that just shows pure, unadulterated greed. People want to have their cake and eat it too, they simply can’t rationalise the negative impact they could cause or they just don’t care.

So much so that a friend of mine often see’s people on dating app Tinder, whom already have partners. So is technology, apps and social media to blame? It might not be to blame but it makes it evidently easier to find someone looking for fun.

Immature teens could be forgiven for that time they made out with their bf/ gf’s best friend at so and so’s house party. For a lot of you cheating isn’t such a bit thing when you’re 15 and you presumed you were in love. I agree to a certain degree and one time cheater Rebecca admits “It caused me so much stress and guilt that I learned my lesson, I haven’t ever cheated again.”

Some learn from their mistakes, witnessing the atrocity that can come from breaking someone’s once beating heart, whilst others are serial opportunists, unable to keep it in their pants. Neelam said that if a partner cheated once or several times over a period of different relationships that there must be some underlining issues and that they’d only have themselves to blame if a partner struggled to trust them!

I won’t reveal anybodies secrets but let’s say that I’ve been a busy fly on the wall. I’ve encountered men that smirk when they reveal that they have a girlfriend and women that play single on a night out.

Cheating is an issue that we’ll never truly understand, each with our own views of what’s wrong and right, especially within a relationship because that’s for a couple to decide if that dance with a work mate was a bit too much. All I can have confidence in is that I would never want to put that hurt onto a partner, I’d class myself as loyal, just as much as I am loyal to my friends and family.

Nick said interestingly, “if we hadn’t created the construct of long-term relationships, we’d be the same as other mammals: mate, have a litter, move on, mate with a new partner etc. The weird thing is, we’re not designed to be monogamous – it’s a condition we’ve created… then we get annoyed if partners wander off. The male brain is still configured to want to go around just ‘spreading your seed’, and the female brain is configured to look for a more secure partner if the current one isn’t working.”

Which poses an interesting point but I don’t know about you women, I really don’t fancy producing a dozen children to a dozen different men. Fortunately we’ve evolved, and fortunately for female animals, they don’t have a 9-5 job.

And so like a Jeremy Kyle contestant I’ll sign off with this: at the end of the day cats aren’t massive fans of cream, honestly. It’s not good for them and it will bring nothing but disaster. So be like a cat, stick to water because one helping of delicious cream isn’t worth the grief and internal pain.