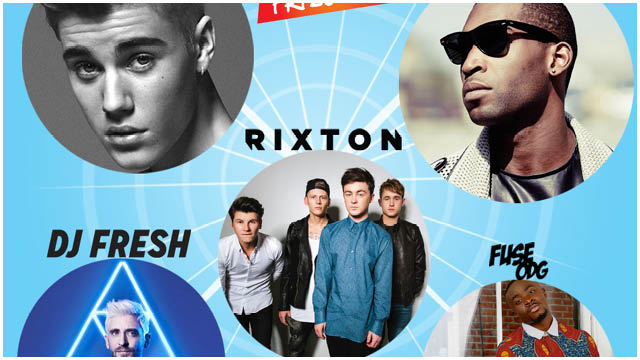 With the saddening news of Zayn Malik leaving One Direction this week, we thought we would lift spirits with some big festival news… If you hadn’t heard already.

We can confirm that Justin Bieber will be performing at Fusion Festival over the bank holiday weekend this August 28th/29th/30th. Tickets are on sale from today and will bring together some of our favourite chart toppers, including Clean Bandit, Gorgon City, Jess Glynne and Ella Henderson.

Canadian prince of pop, Bieber is a bit like Marmite to some but there’s no doubt in our minds and the organisers of Fusion that he’s the ultimate pop star to kick off their first 3 day weekend of madness. Unbelievably (or should we say Unber- Bieber-Bly.. Ok maybe we shouldn’t have) the part time Calvin Klein model hasn’t performed in the UK since 2013, so you know all the stops will be brought out.

Bieber said of coming back to the UK this summer, “I love the UK and I’m really excited to be playing at Fusion this year. There are some great artists on the line up, so to be headlining the Friday night, is a real honour.”

Headlining Saturday will be one of my festival faves Rudimental,
I’ve seen them more times than I could count and their performances are always full of energy, high octane and totally exhilarating. They seem pretty excited to be performing too adding “we’re going to have a lot of fun!”

Unleash the fun with Rudimental at Birmingham’s Cofton Park, unite in a shared love of feel good chart music and make some memories with friends old and new. It’s bound to happen with an expected visit of over 50,000 music fans from across the UK and further afield.

With acts mixing across genres of Pop, Rock and Dance, there really is an act for all ages and so on Sunday headlining is a mash up of pop rock’s finest, Busted and McFly, together becoming McBusted… Air guitars at the ready!

Across the weekend you can also expect to see: Tinie Tempah, DJ Fresh, Rixton, Becky Hill, Labrinth, Fuse ODG, The Vamps and Sigma.

We’ve a feeling some of you might end up losing your voices, either from Justin scream overload or due to singing too much.