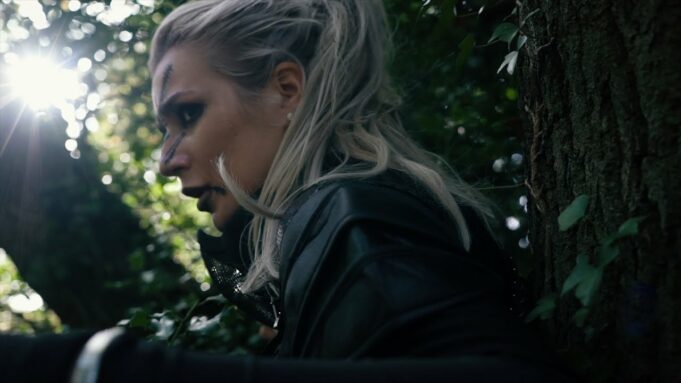 Check out the brand new single from upcoming alternative-pop artist, Ticky. ‘Tears’ is inspired by her life; where her darkest secrets and struggles represent realities of opposing energies such as light and dark, good and evil.

An interesting track for many types of music listeners: it’s guaranteed you’ll find a piece of yourself within this release, as Ticky explores the successes and battles we face as humans. After producer NiK C had worked on the track, it was passed along to Ticky in 2019, who contributed lyrics and melody in order to inspire a grander feeling of hope within the track. Tying this into her identity as a pop artist, Ticky emerges in this current pop climate as a ‘Rising Phoenix’, adamant that her energy remains strong, as she navigates further into this industry. With a music video that sees her play five characters, each representing different dimensions, ‘Tears’ sees this multi-talented artist very clearly making her mark!

Ticky was known to be able to dance before she could walk and pitched notes to a piano before ever taking a lesson! Born with a taste for the arts, she grew up as a ballet dancer and began to train further in music and acting following strong advice from the headmistress/head of ‘l’Accademia Nazionale di Danza’, that Ticky should attend an all-round school of the arts! In 2012 Ticky, left home at the age of 16, moved to the UK to pursue her dreams and trained professionally in Musical Theatre at Bodywork Dance Studios.

She then began working on cruise ship contracts as a performer, as well as Bollywood films and touring Asia. As her home life was struggling, Ticky took the opportunity to stay in the UK, made the most out of every situation and networked her way to becoming a dancer in music videos and clubs which led to her eventually singing and recording! Inspired massively by Madonna, Britney Spears and her biggest inspiration, Lady Gaga, Ticky takes on different shapes and forms with the aim to turn performing into her full-time career!

Listen Here – Taking inspiration from Lady Gaga’s explosive live shows, Ticky is a true performer. There is undoubtedly a big year ahead for this artist!