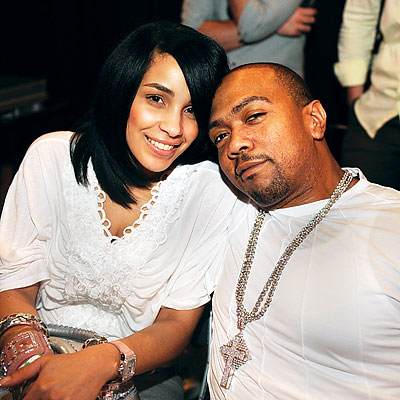 Wife of legendary music producer and rapper Timothy ‘Timbaland’ Mosley has filed for divorce after five years of marriage.

Monique Mosley who shares a five-year-old daughter with Timbaland petitioned the court for a divorce with the reason for the split not yet publicized.

According to TMZ reports, Monique has asked for child support for both her daughter with Timbaland and her child from a previous relationship stating Timbaland ‘publicly and privately proclaimed this child as his own.’

It is said Monique had to borrow money in order to cover lawyer fees and has requested for the producer to fund all her legal costs. Aside from seeking child support, Monique has also requested the courts grant her alimony.

Timbaland who has worked closely alongside countless musicians like the late Aaliyah, Missy Elliott and Justin Timberlake has an estimated net worth value of around $75 Million.

In 2008 the couple wed in Aruba with Monique also working closely with Timbaland as his publicist.

In January 2013 the producer signed to Jay-Z’s Roc Nation record label company acting as the main producer for Timberlake’s 20/20 Experience album and Beyonce’s ‘Grown Woman’ song which featured in her Pepsi advert and The Mrs Carter World Tour.