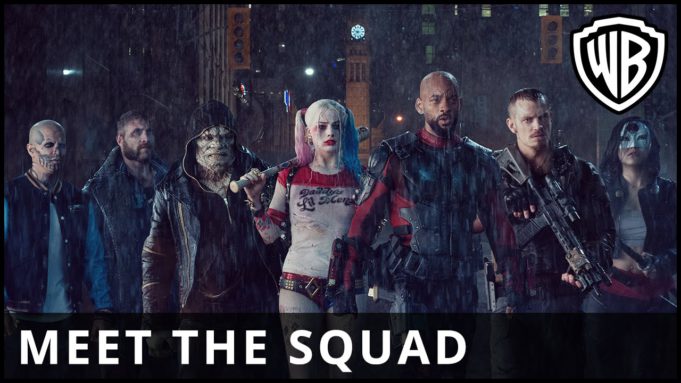 Just as the England Squad is announced for EURO 2016, the clever guys down at Warner Bros. UK have put together their own Squad breakdown for Suicide Squad in Meet The Squad.

The football inspired video gives us a breakdown of all the characters in the Suicide Squad including their skill and background in a team formation announcement.

Suicide Squad, which is released in UK Cinemas on the 5th of August 2015, See’s Big Willy, aka Will Smith lead the squad with his bald machoness followed closely by his Focus co-star Margot Robbie and an evil looking Jared Leto as the Joker. We are just hoping Zack Synder’s involvement as executive producer doesn’t have the same curse as he laid on Batman Vs Superman.