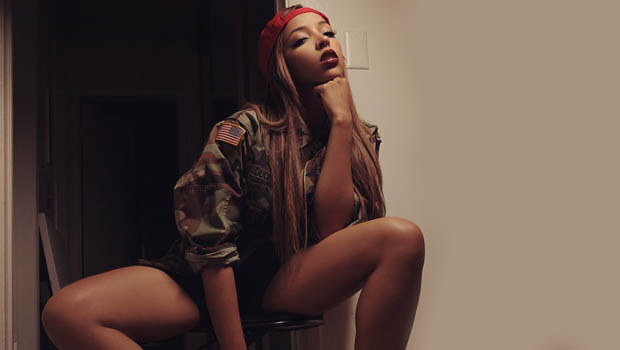 Tinashe is not just any normal female artist to come from the USA, she already has many titles under her name. From singer-songwriter, record producer to dancer, actress and formal model this chick is someone you need to pay close attention too! Since signing to RCA Records the formal model has been working on her debut album which is due for release later this year. Tinashe dropped her debut single “2 on” feat Schoolboy Q in January 2014. Since then the track has lived in the charts. When a fresh remix of the track appeared online, feating Young Money rapper/singer Drake, you instantly knew that the song was a banger.

Prior to her debut release the singer-songwriter previously released three mixtapes which brought her massive attention from music fans around the globe. Not only did music fans take note but so did some of the biggest names in the business.

The 21 year old is not only known for her musical talents but also her acting skills. In 2000 Tinashe made her acting debut in the television film “Cora Unshamed” and from there went on to appear alongside Tom Hanks in “The Polar Express”. She also made several apperances in the world popular sitcom “2 and half men” as Jakes girlfriend. This month Tinashe dropped her second single “Pretend” which features ASAP Rocky. The joint is a more laid back ballad compared to “2 on” but showcases her vocals and writing skills perfectly. Even though the song is slow paced it still has that cool gritty RnB vibe that grabs your attention straight away.

With the debut album “Aquarius” coming soon we are sure to hear much more from this talented young lady. Tinashe has created a huge buzz for herself and her name is currently on everyones lips. Here at Flavourmag we love “2 on” and the new single “Pretend”.

Tinashe has debuted the video for her track “Pretend” featuring A$AP Rocky. Produced by Detail (Beyonce, Drake, Nicki Minaj), the track is the follow up to “2 On” featuring ScHoolboy Q. Both “Pretend” and “2 On” are included on her debut album Aquarius that is released on Monday 6th October.

What are your thoughts? Leave your comments below and make sure you hit the follow button on Twitter @Flavourmag and @Tinashe.