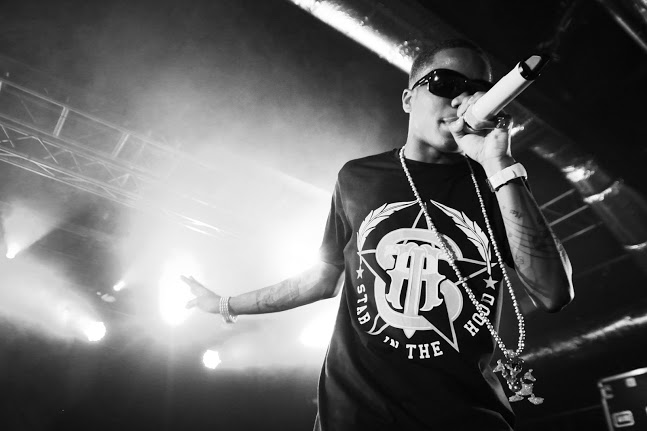 Having just launched a new range of headphones with Goji, Tinchy talks to Flavour about what is next for his career. So you are back, what have you been up to in the last year?
Well to break it down I’ve brought out singles, touring, launched my headphones loads of different things! It been a busy year but those are the key things.

You’ve previously collaborated with the likes of Calvin Harris, N- Dubs and Pixie Lott, who has been your favourite collaboration?
If I had to choose out of everyone, I would have to say Dappy. That was the first time I worked with him on ‘Number one’ and that was the first number 1 I had. We are cool friends, we get along, and chill we make good music together. We’ve made two songs together Number one and space ship which both charted in the top 5. So we have a strong musical chemistry. I’ve enjoyed working with everyone else but if I had to choose it would be Dappy.

Can we expect future collaborations with Dappy?
You never know, we don’t ever over plan. I could call him today and say do you want to chill, it just naturally happens.

Is there any major collaboration on the new album that you can tell us about?
There are people that I would love to work with. But it’s more about who would sound good on this or who can work well together. But I’m more into working with different producers, it’s not always about big names. If something feels good no matter how big or small the name is, there the best people to work with. Your very much a business man Tinchy, a couple of years back you teamed up with Jay-Z to created Takeover Roc Nation, Can You tell us a bit about how this deal came about?
The Roc Nation team must have been aware that I was having a good year. I think I was the biggest selling artist in the UK, I had the hits and the clothing line everything was just branching out. So they must have seen and been like ‘we like what we’re doing’. We’re just young people, just me and my management young people and they liked what we’re doing. I see them more like family, rather than just a business. That’s the people I grew up listening to and respecting, understanding what they achieved and still achieving now. So having that relationship with them was good enough for me. You learn so much from them, you learn so much.

And moving on to your most recent collaboration with the Goji collective! Tell us a little a bit about the Tinchy Stryder range?
Yeah I branched out to Goji with the headphones. Music’s my art so you have to make sure that the quality of the music that comes out of the headphones is high definition. Then you have the different styles, and we had really good feedback from the headphones which is amazing.

What new music act should we be looking out for?
There’s always something new. Dirt David is my right hand man and he’s produced a lot of my tracks for the first album . His new stuff sound mind blowing. Look out for him. Another track call “Bigger” from an K21, which I keep listening too. Someone else that I really like is Etta Bond. What can we expect for the future from Tinchy Stryder?
More hard work and more music, some more branching out and fresh music is always the aim. I’m someone who doesn’t think about the future to much because I feel like staying thing and then jinxing myself. There’s isn’t a set date for the album; I kept on wanting to change a lot of things. Next year 100 percent.

The Tinchy Stryder Headphone range is now available to buy, and watch out for the new album in 2013.