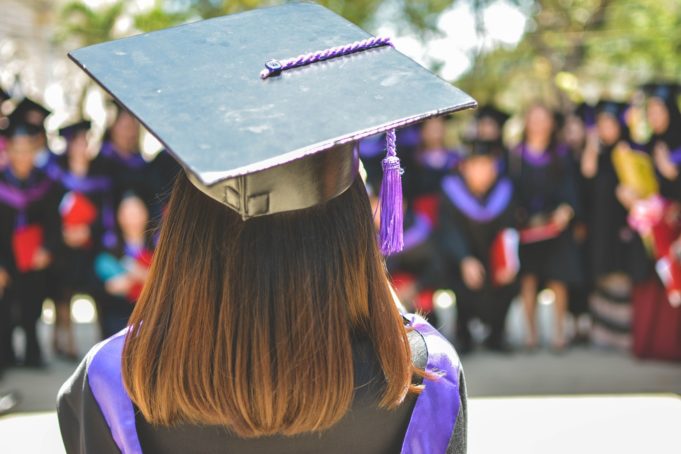 As the age-old Brexit saga continues with everyone scratching their heads, a recent survey has shown that students are clearly concerned about the outcome of Brexit and whether it will have a negative impact on their career.

New research from graduate job board Milkround showing that 78% think that Brexit will negatively impact their career. The research looked at how graduates feel about starting their career this year and compared this to how graduates fared in the 2008 global financial crisis.

Given the current healthy state of the UK labour market, it might seem surprising how pessimistic 2019’s prospective graduates are about the impact of Brexit. But history suggests that they are right be to be worried. Brexit may well prove not just to be a short-term economic shock, but to do long-lasting damage to young people’s career prospects. Given the uncertainties, new graduates will need to be flexible and adaptable; that may mean accepting jobs in a different sector or location to their first preference if it gives them a foot on the ladder.

Half (50%) of those that graduated during the global financial crisis found it more difficult to secure a graduate role due to the crisis – taking an average of eight months to find their first career job. Ten years on, three fifths (58%) say the 2008 crisis had a negative impact on their career. This year’s graduates fear they will be subject to similar disadvantages as they look to enter the workforce with 78% thinking Brexit will negatively impact their career and 52% thinking it will be more difficult to secure a graduate role.

With the challenges 2008 graduates faced limiting their entry into their desired career, half (50%) said they had to change their post-university plans with three fifths (62%) taking a role in a different sector due to the lack of available roles. Already we’re seeing this year’s graduates taking a similar approach to delay their entry into the job market with 55% planning to postpone looking for their first role. Milkround’s research shows 60% expect they will need to take a role in a different sector, 18% think they will need to do temp work and 9% plan to instead go travelling. The results also reveal a 15% rise in the number of graduates who are planning to take up a postgraduate qualification, rather than heading straight into their career.

Almost half (44%) of 2008 graduates reported their salary has not increased as much as graduates in previous year’s. The expectations are also set low for 2019 graduates, as over a third (36%) are not expecting standard salary increases post-Brexit. Recent research[1] from The Resolution Foundation think tank supports Milkround’s findings, with those entering the labour market during the financial crisis impacted in terms of wage growth and salary.

Not all doom and gloom

Despite the negative perception this year’s grads have of the current job market, the Office for National Statistics labour market research shows the number of people in work in the UK continues to reach record highs. In addition, Milkround has seen the number of graduate roles advertised on its platform increase by 104% year on year*. A recent report from the Institute of Student Employers[2], supports a positive outlook for this year’s grads with a clear majority (70%) of employers anticipating that Brexit will not impact their recruitment needs. In fact, employers on average anticipate a substantial increase (18%) in the number of graduates that they are trying to recruit this year and in the number of apprentices (47%) they plan to take on.

Top tips: How candidates can land their dream role during economic uncertainty

Know how the industry you’re hoping to go into will be impacted by Brexit and identify any skills gaps you might be able to use to your advantage.

Know the value of transferrable skills

Set yourself up for success by setting yourself apart from the crowd and gaining further practical skills relevant to your industry. There are plenty of short courses available from computer coding to business management.

While you’re finishing off your studies, make the most of the resources your university and professors can make available to you. Now’s the time to attend careers fairs and networking events to get advice from industry experts and potential employers.

Seek out job experience and start applying for summer internships to expand your knowledge and build relationships with potential future employers. Entry level roles are offered well in advance through universities or on job boards such as Milkround.

Be prepared for a competitive job market and set yourself up accordingly. Job hunting helps you build resilience and remember it is likely you’ll face rejection at some point. Always seek feedback from unsuccessful job interviews and remain focussed on taking those learnings onboard to smash your next one.