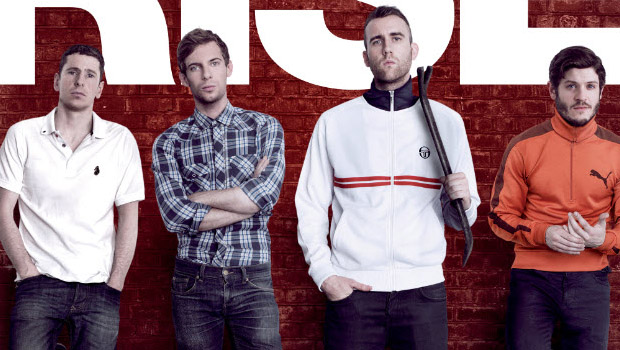 Shot on location in Leeds & Yorkshire THE RISE is British film at its best, a heist film, an underdog story and a thriller delivered with unexpected originality from the producers of Cherry Tree Lane and Ill Manors. This bold take on a much-loved genre showcases some of Britain’s best new talent (Luke Treadaway, Iwan Rheon) as well as acting gentry Timothy Spall.

Battered, bruised and under arrest, Harvey Miller (Treadaway) sits in a police interview room facing interrogation. Clutching a stack of eyewitness statements, Detective Inspector West (Spall) has no doubt as to Harvey’s part in a foiled robbery, and the subsequent attempted murder of local businessman Steven Roper (Maskell).

Denying nothing, Harvey agrees to tell his version of events in full. We take in his release from prison a month earlier and the malevolent, unjust act that put him there. We see his emotional reunion with his sibling-like best friends, and the immovable loyalty they have for one another. We see the rekindling of a lost love, a second chance for two people meant for each other. We see the ingenious planning of the ill-fated robbery, the amazing twist, the shocking outcome, and the real driving force behind it – retribution. What unfolds is an exhilarating, moving and often hilarious story of loyalty, jealousy, friendship, revenge and the pursuit of happiness.

THE RISE is out on Blu-ray and DVD on September 30.

To be in with a chance of winning, simply answer the question below: