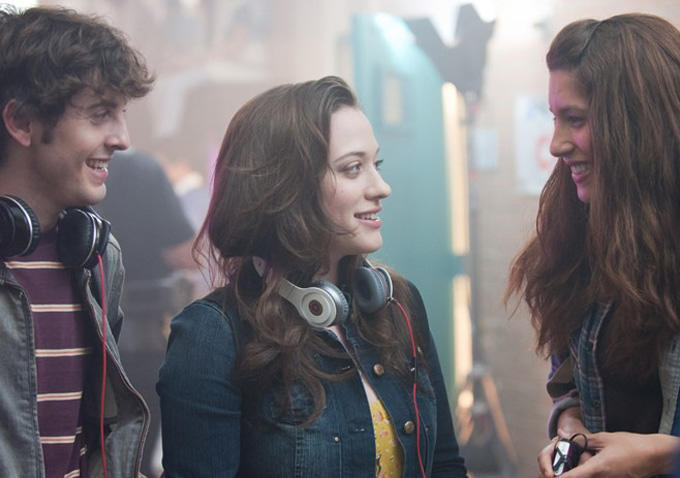 To celebrate the home entertainment release of inspiring musical drama To Write Love on Her Arms (starring Kat Dennings, Chad Michael Murray and Rupert Friend) we’ve got our hands on an exclusive clip from behind-the-scenes and three DVD copies to give away.

Based on the true story that started a global movement, TO WRITE LOVE ON HER ARMS is out now on Digital HD and DVD from Sony Pictures Home Entertainment. Kat Dennings (“2 Broke Girls”) stars as Renee Yohe, a young woman who battles drugs and depression, which ultimately leads her on a journey to discover the value of friendship. Inspired by Renee’s path to recovery, Jamie Tworkowski (Chad Michael Murray, “One Tree Hill”) shares her story which leads to his founding of the non-profit organization To Write Love on Her Arms. “This is a film about broken people loving broken people,” says Jamie Tworkowski, TWLOHA founder and author of the original To Write Love on Her Arms story. “Our hope is that it inspires honest conversations and leads to folks fighting for the friends around them.” The film also stars Rupert Friend (“Homeland”), Juliana Harkavy (Dolphin Tale), Corbin Bleu (High School Musical) and Mark Saul (“Grey’s Anatomy”).

For your chance to win one of the copies of the DVD all you have to do is send an email with your name and address to comps@flavourmag.co.uk with the subject heading ‘To Write Love on Her Arms’. Winner will be chosen at random on the 20th April 2015. Good Luck!