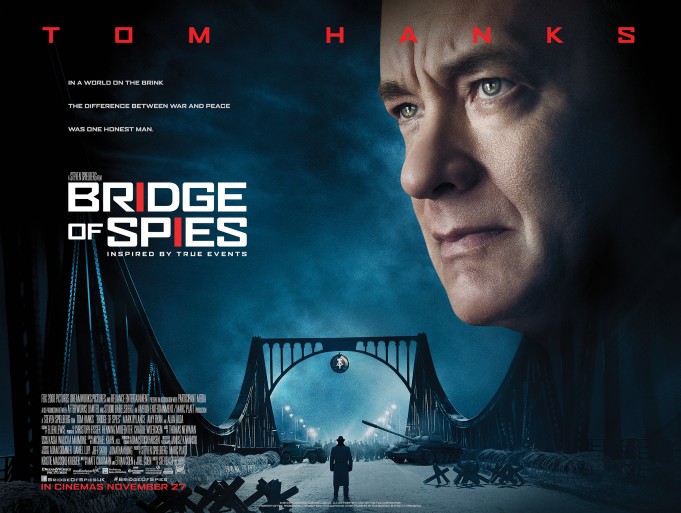 Just released is a brand new clip from ‘Bridge of Spies’ starring Tom Hanks as Jim Donovan and Mark Rylance as Rudolf Abel.

Even though the clip is only 54 seconds it sure comes across as a pretty intense drama already.

The story of James Donovan (played by Tom Hanks), a Brooklyn insurance claims lawyer who finds himself thrust into the centre of the Cold War when the CIA sends him on the near-impossible task to negotiate the release of a captured American U-2 pilot.

Bridge of Spies is released in UK cinemas on November 27th 2015.