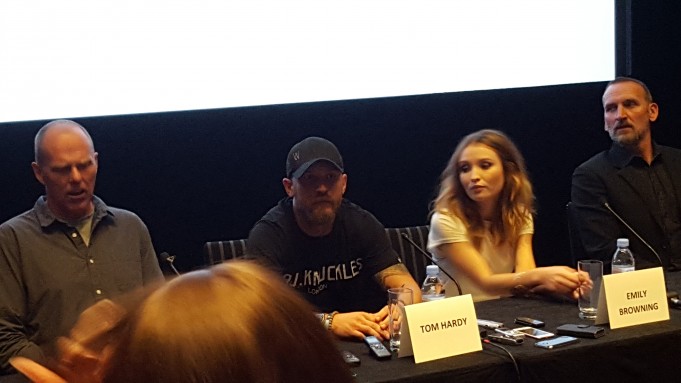 Ahead of the London premiere of Legend tonight down in Leicester Square, Tom Hardy, Emily Browning, Christopher Ecclestone and Director Brian Helgeland attended a press conference to talk about the film.

In case you have been living under a rock recently, Tom Hardy takes on a double role as both Ronnie and Reggie Kray, the legendary East London Gangsters from the 60’s and quite frankly is pure genius in both roles; however we did prefer his portrayal of Ron as a complete psychopath. Here are a few little facts we learned from attending the press conference today.

LEGEND is out in UK Cinema on the 9th of September.