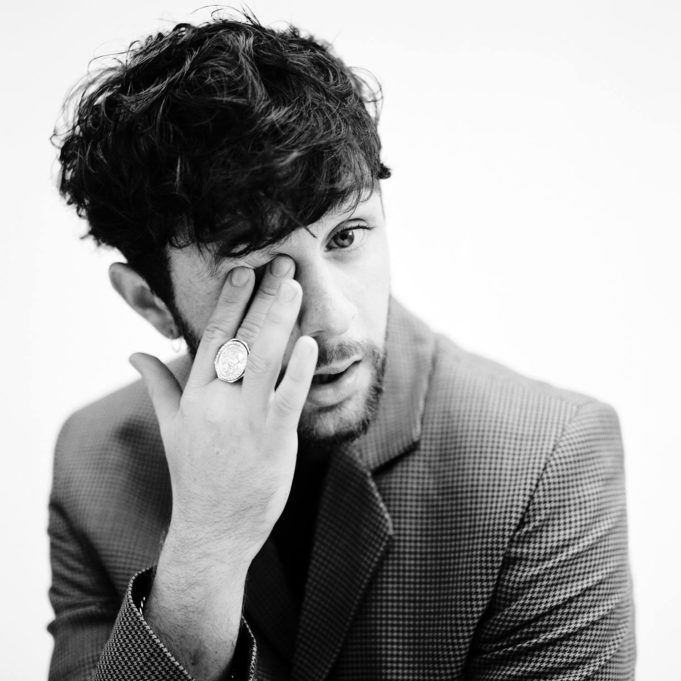 Ahead of his headline tour at O2 Academy Brixton, Tom Grennan took to the stage on Friday at RiZe Festival’s first year running.

The singer-songwriter from London, England has caused quite the storm in the music industry this year and we can only tip him for bigger things in 2019. Tom’s spent the whole summer touring playing at some of the biggest festivals in the world. I chatted with Tom backstage in the scorching sun at RiZe Festival on Friday.

Tell me about your record ‘Lighting Matches’?

T- Lighting Matches came out about five to six weeks ago, it went in the top five and it’s just a classic record. It’s a record that I worked really hard at and I’m over the moon that it’s finally out. What inspired you to get into music?

T- I just loved doing it! I Loved Amy Winehouse, Ray Charles, Robert Johnson and Little Richard. It looked like fun and I thought that music was something I was going to try

What made you want to break a world record, how did that come about?

T- We wanted to do something fun and different for the album. It was exciting and it was great for the fans to experience.

T- An average day for me is getting up and going to the gym. I try to eat healthy every day and at the moment I’m not really going to the studio but it usually involved writing lots.

If you weren’t a singer, what would you be up to right now?

T- I’m not sure! I hope I’d be doing something exciting but who knows!

What would be a good theme song for your life?

T- The Simpsons Theme tune for sure!

Describe yourself in 3 words

If you could have your fans remember one thing about you what would it be?

What’s been the high point of your career so far?

T- Getting the album out and playing all these big festivals!

You have an upcoming tour this year, and I see you’re playing Brixton Academy which is an amazing venue, what can fans expect?

T- I’m really excited for that, it’s such an iconic venue!

Looking back to when you first started how do you feel you have grown during this time?

T- I feel like I’ve grown into a young man, my voice has developed and my songwriting ability has improved. It’s all been going really good.

What advice would you have for someone wanting to follow in your footsteps?

Keep doing what you believe is good! Keep Believing in your dream!