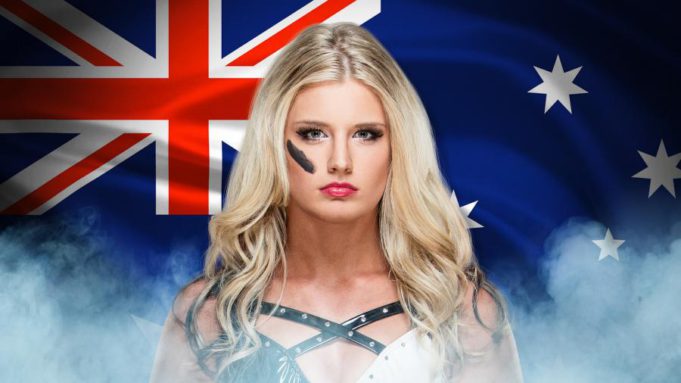 On Bank Holiday Monday the WWE Network released the first four episodes of its historic ‘Mae Young Classic’, an all female tournament named in honour of a pioneer. Mae Young was a women’s wrestler who made her debut in 1939. Fast-forward to 2017, and 32 of the world’s most promising female athletes will compete for the right to hold the Mae Young Classic Trophy. The tournament was so hotly anticipated that former UFC Champion, Ronda Rousey made her attendance felt at ringside. Could a WWE run be in her future?

The first four episodes kicked off at a blistering pace and included an exciting match which saw Scotland’s own Kay Lee Ray narrowly missing out to Mexico’s Princesa Sugehit.

Hot on the heels of the success of GLOW, an all female wrestling comedy drama that was a massive NETFLIX hit, WWE is showing their commitment to equality in the ring. The WWE has also recently signed its first female referee, Kennadi Brink.

Binge-worthy would be an understatement. Experience the first four episodes of the #MaeYoungClassic now on @WWENetwork. pic.twitter.com/KS9gNMVYsW

Toni Storm is one of the tournaments most travelled stars. Born in New Zealand, Toni would spend time in the UK honing her craft before heading to Japan and signing a contract there.

When WWE extended an invite for her to compete, Toni packed her bags and headed to Orlando. She was tipped to go far in the tournament and battles London’s Ayesha Raymond in her opening bout. Toni says: “I’m a hard hitter. I’m crazy, I just go all out… This Mae Young Tournament means a hell of a lot to me. It’s setting me up to hopefully become something special, and show everyone what I’m all about!”

In recent years, WWE has been one of the leaders in sports entertainment as relates to investing in its female talent. In addition to the Classic’s first four shows, episodes 5-8 of the single-elimination tournament will be available on demand starting next Monday, Sept. 4, with the final match streaming live from Las Vegas on Tuesday, September 12th (Eastern, USA, Time). For more information visit: www.wwe.com/wwenetwork

All images via wwe