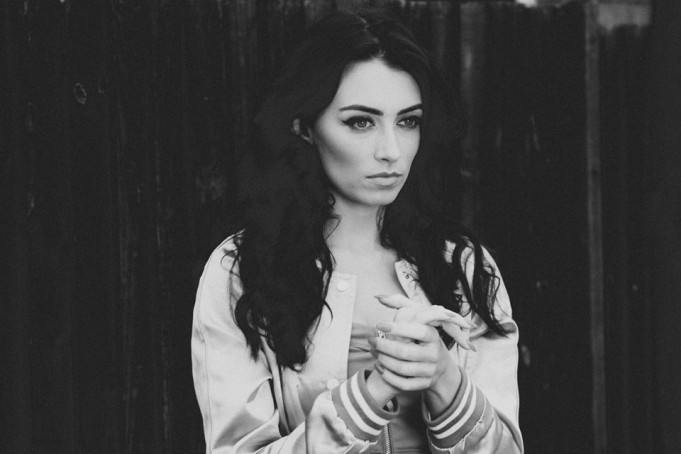 As I am writing this it’s already the beginning of 2015 and what a way to start it by introducing to you some fine fresh new acts for this year!! Over the last year, White Clouds and Gunfire have been touring and promoting their new album For All The Non Believers’. With last year seeing sell out successful tour already until their belts, including their hometown of Peterborough, alongside numerous o2 academy shows, plays on Scuzz TV and it has been a fruitful 2014 for the group.

October saw the band completing it’s fourth UK tour of the year, showcasing new material that the band have been working hard behind scenes, which will appear on a forthcoming EP very soon.

The band are set to tour and support in Hindsight this April, so get tickets for the show here!! http://www.inhindsightlive.com/ Chasing Midnight are a new band from London, made up of Heather, Dan, Greg and JJ. I came across those lovely bunch on Boxing Day, so for me these guys are something special and already have a big following on social media.

Their 80’s influences saw the band cover Budapest ‘On My Way’, which I remember from the film Matilda and this cover is something different and shows off their incredible talent.


Here is also a mini clip of ‘Forever Yours’ and ‘Stuck In Love’, both Chasing Midnight Originals and tipped to be one of my bands of 2015.

Possibly one of the most gifted vocalists in the country right now. Charlie Healy is not a name you can ignore. Charlie has grown into a full fledged R&B superstar. He has headlined many events with an ever growing fan base, selling hundreds of albums on just word of mouth alone.

A voice that stands out from the crowd, Charlie Healy is an artist you instantly love and want to hear more from. Charlie most recently made it to the live shows on X-Factor 2011 (as 1/4 of group The Risk) and has been seen and heard by millions of people around the U.K with positive reviews from many famous names. Charlie Healy is defiantly the face of the future for U.K R&B.

What stands out for me with Charlie is his amazing vocals and especially on this cover he has done on Ed Sheeran’s ‘Thinking Out Loud’, I even got to see Charlie perform at his first ever solo gig in October and he literally blew me away with his voice!! You may remember me blogging about the Vanquish girls before but for me this is a new line-up of three amazing vocals, Sophia, Becky and Lucy. I am sad that Lisa has left but I see a bright future for these girls and they have two amazing new covers since then!! Darian Renee is rapidly causing a ruckus in the Pacific Northwest as she emerges as a premier songwriter and musician. A genuine lyricist and captivating performer, this young pop singer has gathered critical acclaim for her self-produced debut EP “Only the Beginning”, releasing only a fraction of what this pint-sized powerhouse is capable of.

Doing small tour runs throughout the West coast, Darian’s music, melodies and entrancing presence on stage have captivated audiences and gained a steadily growing anticipation for her upcoming work. She also ghost writes and produces for other artists.

With the release of her single “Close” at the end of 2013, Darian will be releasing her new EP “The Other Side of Someday” in the fall of 2014. The momentum that this pop-singing wild card has created is slowly sparking an imminent breakthrough to new thresholds and new heights for all to be a part of.

Kate Stewart trained at The Arts Educational School in London, where she studied musical theater and drama. She played lead roles in A Slice of Saturday Night, Nine and various other musicals and dance shows.

She has just left Vocal Tech where she studied for a Diploma in Contemporary Music. Kate formed her own band called, Aritas and they Appeared in numerous showcases at college. The highlight of the year was being picked to appear in the final showcase at the famous Shepherds Bush Empire in London. Kate was then very excited to be the only band chosen, to go into a studio and record the song she performed in the concert, Jennifer Hudson‘s, And I Am Telling You.

Kate’s single ‘Close Enough’ is out to buy on itunes! http://t.co/BMiMvP9Vm6 To say that Mo Evans is from a family of musical pedigree would be an understatement. He is the son of producer Robin Evans and celebrated performer Sam Brown, the 19 year old songsmith has been brought up in an artistically forward thinking environment.

Raised in a studio in a small village called Path of Condie Scotland, Mo’ musical experience was not limited to his family circle. With an ever changing cast of skilled musicians moving in and out of the studio, Mo’s fascination with composition was sparked. Aided by some of the finest talents the music world has witnessed, he started out on his own musical journey.

To learn about rhythm, Mo was introduced to the drums at age 6. Three years later he selected to learn the guitar. His parents split mid-childhood seeing him relocate to England with his Mother, but the absence of the studio setting did not quell his musical hunger. Instead he joined his first band ‘Space Jelly’ while in secondary school, which bred a love of performance into the already noteable musician.

With his desire for self expression growing, he teamed up with the pianist Tom Jones to explore song writing more seriously. Since then he has compiled an impressive catalogue of songs and has been working alongside his management to build a band and start touring and recording.

In the last year, Mo has been gigging in London and has been on several European tours to hone his craft. He had the great honour of being picked at the Silverstone Classic ”emerging talent of 2014” last year which saw over 100,000 people attend the event of Silverstone Race circuit to watch Mo warm up for Bonnie Tyler.

With a fanbase hungry to hear how his music translates to record, Mo is finally ready to announce the release of striking debut EP, ‘Spilled My Love’. Showcasing his rich vocal, lyrical depth and melodic mastery, ‘Spilled My Love; is a distinctive debut is set to get even more tongues wagging.

Listen to ‘Spilled My Love‘ EP on Soundcloud Meet Bianca. The 23 year-old from London via Nottingham who is about to become your favourite new popstar.

Bianca is unapologetic about her pop credentials, citing 80s Madonna (and indeed the 80s in general), Cyndi Lauper and Pat Benetar as her key influencers. She’s laid some good groundwork too, having been part of the girlband Parade (spawning the Top 10 single ‘Louder’) and sung backing vocals for the likes of Cher and also Leona Lewis on her Top 3 Christmas single ‘One More Sleep’.

Bianca – Step it up Jessica is quite the lyricist and is another former Parade member, but this time round she has gone for the slick Grime sound with her debut single Bam Bam with great reviews all over the place and featuring members of Roll Deep, this is certainly her year. These girls faces may look familiar, but fear not since I posted about their Sam Smith Cover which is the girls popular cover to date. The girls have gone on to write and record new material which we are excited to hear and hopefully an EP too!!

Here’s their Sam Smith ‘Money On My Mind’ Cover