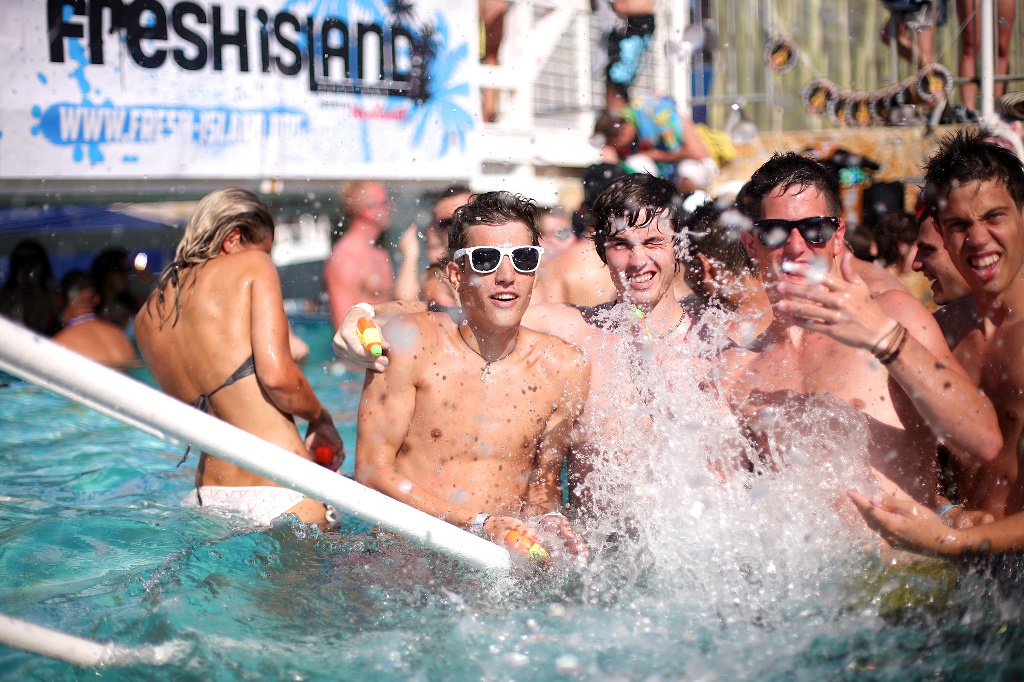 It’s time to flick your sunglasses down and grab a cocktail as Flavour run through the best beach festivals from around the world as seen. With the weather as it is at the moment – most of us still rocking jumpers and jeans in June – Festicket has dug out some amazing sunshine breaks that go sand-in-sand with a trip to the seaside.

Sonar – Barcelona, Spain – 13-16 June
This forward-thinking music and art festival has shown us the future in 24 different countries, but if you want some beach action it’s best to visit Sonar when it leaves its passport in the home. This summer the 20th edition of the Spanish event will welcome Kraftwerk, Petshop Boys, Skrillex and more with the city-side Sant Sebastia Beach giving you a chance to get sand in your toes. Worldwide Festival – Sete, France – 1-7 July
Sete in the south of France is an understated fishing port that just happens to boast eight miles of beach, a wealth of fresh seafood and a world music festival curated by tastemaker Gilles Peterson. Todd Terje, Four Tet and Mount Kimbie will turn up the heat this July as fans watch from the sea, sand or the port side.

Fresh Island – Novalja, Croatia, 10-13 July
Situated on the beautiful Isle of Pag, Fresh Island Festival is graced with one of the most stunning locations an event could ever wish for. Surrounded by the mountains and dipping its toes into the clear Adriatic Sea, its Zrce Beach home is nothing short of idyllic.

With Snoop Dogg, Iggy Azelea and A$AP Rocky topping the bill, this perfect hip hop holiday has everything from cocktails and poolside parties to bungee jumping and beach lounging.

Les Francofolies de La Rochelle – La Rochelle, France – 12-16 July
One of France’s biggest celebrations of contemporary French music conveniently take places in the idyllic La Rochelle, on the emerald coast of the Bay of Biscay. With Vitalic,Woodkid and others plying their trade at night, the white, fluffy beaches and quaint old harbour await festivalgoers in the daytime.

Spirit Of Burgas – Central Beach, Bulgaria – 27-28 July
Quickly evolving from a hidden gem to one of the best European events each summer, Spirit Of Burgas shows off Bulgaria’s Central Beach to the wider world as revellers party on its sands and in the Black Sea to the sounds of Wu-Tang Clan, Chase and Status, Paul Oakenfold and more.

KaZantip Republic – Popovka, Ukraine – 31 July – 14 August
One of the world’s most fantastically hedonistic festivals, this two-week dance affair is captures hearts like a whirlwind holiday romance. Taking over the Crimean peninsula, the clear Black Sea creeps across the thin, white sands, past palm trees and towards the stages where over 300 DJs don’t just get the party going – they make sure it never stops.

Sziget Festival – Budapest, Hungary – 5-12 August
Not strictly at the beach, but definitely by the water, Sziget Festival takes over Obudai Island in the middle of the River Danube at Budapest each August. More of a holiday than a festival, the likes of Blur, David Guetta and Dizzee Rascal will perform sets while sky-bars, heated spring baths and theatre sideshows turn this into one heck of a carnival.

Rock In Rio – Rio de Janeiro, Brazil – 13-22 September
Rio de Janeiro has some of the world’s most famous beaches and now a regular festival to accompany their magnificence. Rock In Rio has hosted musical royalty in the past like Queen, Prince and Stevie Wonder, and in 2013 will welcome Beyonce, Muse, Justin Timberlake and bucket loads more. It’s less than 15 minutes to the stylish Ipanema Beach and under half an hour to the wonderful Copacabana shoreline.

Thanks to The Hangout Festival, we’re already thinking about 2014. This huge American blowout takes over the sands of the southern tip of Alabama with six stages of massive names that included Stevie Wonder, Kings Of Leon and Tom Petty in 2013. Expect more of the same next year along with cocktails, water slides and slabs of seafood.