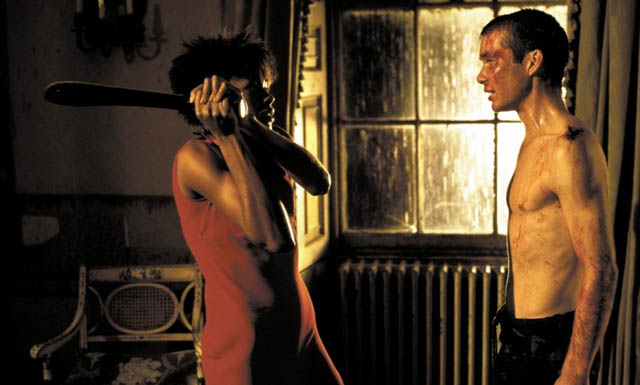 Part 1: This article hasn’t quite turned out how it was initially started. Wanting to cover the Best British films of all time was never going to be an easy feat but after extensive research I quickly realised my list was getting far too long. Containing films such as Michael Caine’s The Ipcress File, Richard Attenborough’s Gandhi to Hitchcock’s The Lady Vanishes it become all too clear I couldn’t shine a much deserved light on all the great films that have come from our great land. So I’ve narrowed it down to our top 10 from the past 20 years, we didn’t want to bore you guys. Take a look at what films made our Top 10. Many may have the misconception this film is full of racism but that couldn’t be further from the truth. It sticks two fingers up to the national front and reveals itself to be a story about friendship and it celebrates that, it’s more like an ode to the director’s youth. Realism is at the very heart of this film, it’s raw and full of energy and at times pretty brutal. Its story of what life was like for a few in the 80’s has spawned this film into a major cult classic. The debut from a highly talented director, Steve McQueen, set the standards for his subsequent films. This man’s vision to tell stories which hit on some tender issues not likely to be taken on by many others and portray them with gritty, no nonsense heart has seen him become highly respected in his field. Hunger is one of those stories, leaving mostly the politics to one side and concentrating on looking at the dying IRA man Bobby Sands hunger strike in 1981. Michael Fassbender in the main role is mesmerizing, losing a total amount of 33lbs for his role, he made this his own. Mostly set in a grotty prison which is covered in urine and faeces, it certainly isn’t for the faint of heart but nonetheless it’s a modern electric masterpiece. Danny Boyle, set a bench mark for British Horror with this film which many others have tried to immolate but have failed miserable. A “Zombie” film all shot on digital video not only captures the unnatural emptiness of London but also makes it look gritty yet quite beautiful at the same time. Starring Cillian Murphy and Naomie Harris (who were both virtual newcomers at the time) both shining like the bright stars they have become. A heart stopping horror with equally disturbing performances makes this one scary British horror. Beautifully picturesque, this adaptation of a novel by Michael Ondaatje has stunning scenes from both North Africa and Italy you’ll instantly fall in love with and want to jump on a plane right out of here. Not only that but this story is about one man’s passion for the love of his woman, thing else matters after he becomes hideously burnt when his plane crashed. A heart rendering, touching story with pure brilliance in cinematography makes this an award winning smash. This beautifully shot film won an abundance of awards and firmly cemented Director Danny Boyle’s name on everyone’s lips. Whilst showing the constant darkness and hard hitting scenes of India’s poorer population from, Child battery, slavery and immense violence it still makes the audience come out the other side actually feeling good when the poverty stricken Jamal (Dev Patel) comes good.