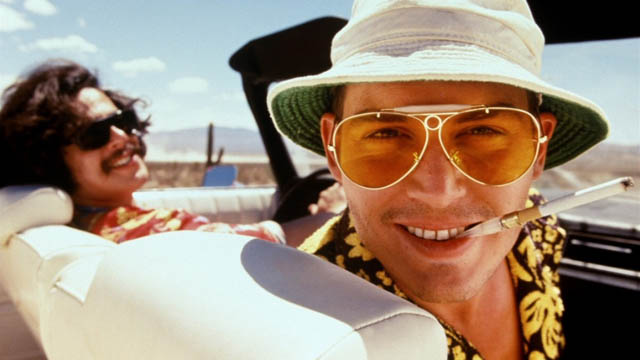 Why is it that casino movies always seem to hit the spot? Is it the dangerous liaisons, harking back to their wild west roots? Or is it simply the glitz and glam.

See, the wild west roots link references the historical roots of modern gaming, in the American wild west, which people can go and read about in a big content piece we made.

10. THINK LIKE A MAN TOO
Kevin Hart and the crew are back to celebrate the wedding of one of the guys the only way they know how, with a trip to Vegas to party hard.

We have to start off our top 10 with Think Like A Man Too, full of compromising situations which lead to some really big belly laughs. Not all casino movies need to be serious and full of illegal activities and this gives us all a much needed escape from a world that takes itself way to seriously.

Great acting and really quite obsessive in detail with money and the decline of the American mobster, it’s only downfall is it’s just a bit too long to keep us gripped the whole way through.

Hard Eight is a pretty hypnotic movie, the storyline is tight, it’s a movie which is very much driven by its characters, and whilst in places the tone can be tedious and slow it still manages to keep you intrigued and glued to the screen.

7. THE GOOD THIEF
Bob (Nick Nolte) is an aging thief who has seen better days and is battling both an addiction to heroin and a growing gambling problem. But he still thinks he has one more big score in him and plots a massive heist of a Monte Carlo casino.

Extremely cool and stylish with lots of depth to its characters, Not only is this gritty but takes the age old clichés and turns them on its head. Mostly stunning about this picture is its undoubted tribute to the French Riviera.

6. BUGSY
New York mobster Benjamin “Bugsy” Siegel (Warren Beatty) leaves New York City to dip into the glamour of Hollywood to build up syndicate gambling rackets. Bowled over by actress Virginia Hill (Annette Bening), the dapper Siegel courts her, despite having a wife and children. Obsessed with creating a gambling haven, Siegel takes racketeering to the Nevada desert and helps develop Las Vegas, only to find himself in deep water over his reckless construction of the Flamingo Hotel.

Full of energy, passion and chemistry there is no doubting the performances from the actors makes this a great film to watch. It’s full of absurd glamour with many stunning scenes; it’s not just thrilling but is full of humour too.

5. CASINO ROYALE
After receiving a license to kill, British Secret Service agent James Bond (Daniel Craig) heads to Madagascar, where he uncovers a link to Le Chiffre (Mads Mikkelsen), a man who finances terrorist organisations. Learning that Le Chiffre plans to raise money in a high-stakes poker game, MI6 sends Bond to play against him, gambling that their newest “00” operative will topple the man’s organization.
We have to say this is probably one of the best Bond movies to date, stripping it right back to basics. It has a strong story, gripping unexpected betrayals and some pretty fantastic locations and thankfully missing the age old clichés that comes with most Bond films.

4. OWNING MAHOWNY
Dan Mahowny (Philip Seymour Hoffman) seems like an honest man to his coworkers and loving girlfriend, Belinda (Minnie Driver). But in reality he is a compulsive gambler who steals from the bank’s accounts to pay off his bookie, Frank (Maury Chaykin), and fund regular trips to casinos. Sleazy casino boss Victor (John Hurt) encourages Dan to amass more and more debt, until the missing money becomes hard to hide, and Dan’s life spirals out of control.

For once we have a film of this genre that doesn’t glamorise this seedy world, it’s totally engaging, atmospheric and at times has overbearing tension, and of course the late great Hoffman, as always, totally blows us all away with his performance.

3. LEAVING LAS VEGAS
Alcoholic screenwriter Ben Sanderson (Nicolas Cage) is hell bent on drinking himself into oblivion, but when he meets the beautiful prostitute Sera (Elisabeth Shue), they strike up an unconventional relationship. One where she can’t ask him to curb his drinking, and he can’t fault her for her job. Though they offer each other support, Ben’s self-destruction threatens to eclipse their bond.

This film is dark and intoxicating and takes its audience into a world we rarely experience on the big screen. It certainly pulls no punches, letting the viewer come to their own conclusion. It’s a heartbreaking yet haunting film, seeing Cage in probably one of his finest performances to date.

2. OCEANS ELEVEN
Danny Ocean (George Clooney) is a man of action. Less than 24 hours into his parole from a New Jersey penitentiary, the charismatic thief is already rolling out his next plan. Following three rules: Don’t hurt anybody, don’t steal from anyone who doesn’t deserve it, and play the game like you’ve got nothing to lose. Danny orchestrates the most sophisticated, elaborate casino heist in history.

Not only is this film littered with big name stars such as Clooney, Pitt and Roberts but it’s one which portrays a whole of a lot of fun. It doesn’t take itself seriously; it’s just a witty, smart highly entertaining heist film which ticks all the commercial boxes.

1. FEAR AND LOATHING IN LAS VEGAS
Journalist Raoul Duke (Johnny Depp) and his lawyer Dr Gonzo (Benicio Del Toro) drive from LA to Las Vegas on a drugs binge. They nominally cover news stories, including a convention on drug abuse, but also sink deeper into a frightening psychedelic world of their own creating. As Vietnam, Altamont and the Tate killings impinge from the world of TV news; Duke and Gonzo see casinos, reptiles and the American dream.

Totally bizarre and surreal but so beautiful to watch, in a twisted kind of way, this is a grand look into the mind set of any addict with a major problem. Highly amusing at times but it’s certainly the visuals and major creativity which thrive making this a modern day masterpiece.