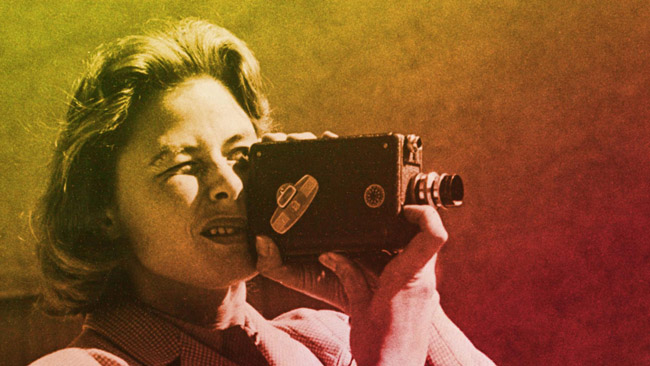 The illustrious career of Swedish actress Ingrid Bergman was as diverse as it was incredibly prolific, spanning work made not only in her native Europe but in Hollywood too, where she became one of the most iconic stars in studio history.

Born in Stockholm in 1915, Bergman’s first roles came in domestic Swedish films before she successfully transcended her roots, and was introduced to American audiences in the 1939 film Intermezzo. From then on, Hollywood fell in love, and filmmakers were knocking down her door.

Bergman’s most recognisable performance is perhaps the classic romance Casablanca (1942) opposite Humphrey Bogart, though she most notably turned heads through her work with Alfred Hitchcock in three films, Spellbound (1945), Notorious (1946), and Under Capricorn (1949). She also won Oscars for her roles in Gaslight (1944), Anastasia (1956) and Murder On The Orient Express (1974), proving her passion for her career and her devotion to her craft.

However, as immediately identifiable, as she was on the silver screen for so many years, it was in the privacy of her own home where her most raw and personal appearances took place. Decades after her passing, this is finally explored in heartfelt documentary Ingrid Bergman: In Her Own Words (2016), showcasing the actress in a new light by exposing never-before-seen home video footage, notes, letters, diaries and frank interviews with her children.

Watch: EXCLUSIVE Clip from Ingrid Bergman: In Her Own Words.

What this makes for is a personal portrait and captivating look behind the scenes her remarkable life. From her early passion for film and theatre through to her Hollywood ascent and scandalous romances, Bergman retained a fervent love for her family and adeptness for scrupulously recording her own life.

Lovingly assembled by filmmaker and critic Stig Björkman and with Bergman’s writings voiced by Oscar-winning actress Alicia Vikander, Ingrid Bergman: In Her Own Words is a remarkably insightful and intimate depiction of a woman whose strength and accomplishments continue to inspire today. To celebrate the film’s release, we’ve rounded up 10 of Bergman’s most noteworthy on-screen performances.

Bergman’s Hollywood debut came in the 1939 film Intermezzo, playing Anita Hoffman. When a famous violinist (Leslie Howard) becomes charmed by his daughter’s talented piano teacher, he invites her to go on tour with him. The film was a remake of the 1936 Swedish film of the same name which also starred Bergman in the same role. It brought the young actress into the spotlight, kicking off a career that would eventually make her known to the world as a Hollywood icon. A perfect mixture of cynicism and romance, Casablanca remains to this day an incredible example of a Hollywood classic. The film hardly seemed like a contender to becoming one of the best of all time. In what is Bergman’s most well known role, she plays Ilsa Lund, the wife of a famed rebel whose affections are challenged when she runs into old flame Rick Blaine (Humphrey Bogart) at his nightclub in Casablanca. Though Bergman herself could never quite understand the film’s appeal, even after its modern-day appreciation, Casablanca moved beyond wartime propaganda that was popular during this period and became a notable peak for the film industry, and for Bergman.

George Cukor’s psychological thriller stars Bergman as Paula Anton, the wife to a manipulative murderer (Charles Boyer) who slowly tries to convince her she’s going mad. Set in Victorian London, Bergman’s character finds herself torn between affection for her husband and the terror he tries to inflict on her, with the actress maintaining a nervous demeanour instead of playing an ill-fated victim. This was the role that won Bergman her first best actress Oscar in a film that elevated the gothic melodrama genre, charting Paula’s progression into insanity. Bergman was the leading lady of three films directed by iconic director Alfred Hitchcock. Their second collaboration saw Bergman take on the role of Alicia Huberman, the daughter of a German spy who is tasked by US government agent T.R. Devlin (Cary Grant, who also starred with her in Hitchcock’s Spellbound, 1945) to go undercover to Rio to foil a Nazi plot. The thematically dark film marked a change for Hitchcock who, for the first time, created a serious love story, which sees a love triangle form between Alicia, Devlin and Alexander Sebastian (Claude Rains), an old acquaintance. Hitchcock defied the censor on kisses lasting more than three seconds, creating an iconic moment for both the director and actors.

Playing the French religious icon Joan of Arc was a role Bergman had been obsessed with. She had long been lobbying to play the role, and notably considered it a dream project. The film reunited her with Dr Jekyll and Mr Hyde (1941) director Victor Fleming, recounting the life of the titular French heroine, from when she heard a message from God to her leading a campaign against the crowning of the new King of France, to her being burnt at the stake in Rouen, France. The film received mix criticism upon its release, though Bergman was still nominated for best actress Oscar. Joan of Arc marked the beginning of Bergman’s exile from Hollywood, and she wouldn’t return until her appearance in Anastasia (1956) eight years later. Bergman moved back to Europe and found work with popular Italian director Roberto Rossellini in Stromboli, Terra Di Dio. The Italian-language film brought them together artistically and otherwise, and saw Bergman playing Karin, a Lithuanian war refugee so desperate to escape her conditions that she marries an Italian fisherman (Mario Vitale) and moves with him to the remote island of Stromboli. Rossellini explores the idea estrangement and belonging, with the film marking the start of Bergman’s relationship with the director.

In what is perceived to be his best work, Rossellini’s story of an unravelling marriage takes place in the Neapolitan Riviera, a stunningly picturesque place that finds English couple Alex (George Sanders) and Katherine Joyce (Bergman) holidaying there. Within days of their arrival, their marriage starts to deteriorate, and a mutual misunderstanding leads to jealousy on both sides. During their holiday, they take aimless trips together to art museums and nightclubs, but when they eventually come to a compromise, it’s perceived to be motivated by their devotion to one another. Bergman made a triumphant return to the American screen in Anastasia, winning the best actress Oscar for the second time in her career. She played the title role of Anastasia, an amnesiac princess who is roped into a plot by an exiled Russian, General Bounine (Yul Brynner) who wants to milk his family inheritance. Anna, who has no family left and with nothing to lose, agrees to help the general, no matter the cost. Bergman’s performance finally put her back into Hollywood’s good graces as she scooped up all major awards that season.

Splitting her time between Hollywood and Europe during the latter period of her career, Bergman took on the role of Greta Ohlsson in director Sidney Lumet’s Murder on the Orient Express, based on Agatha Christie’s classic murder-mystery novel. A voice coach was brought in for Bergman, who plays a Swedish woman returning to Europe after being away in Africa, because her natural accent had faded after working in Hollywood for so long. Her part was small, but she ended up picking up an Oscar and a BAFTA for her supporting role. Ingmar Bergman’s softly lit drama stars Liv Ullmann as Eva, the daughter to Ingrid’s concert pianist, Charlotte. The film picks up after a seven-year visit between the two women; they’re both resentful. The Swedish director takes a knife to the mother-daughter dynamic, offering an insight into the bitter cycle of guilt and co-dependence. The Golden Globe winning film was the last theatrical release for Bergman, who gives an astounding performance as Charlotte.

Ingrid Bergman: In Her Own Words is released on DVD and digital HD on 19th September