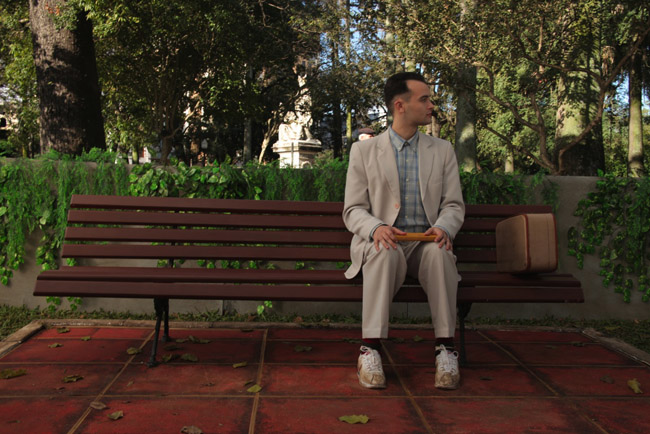 The soundtrack to a film is monumentally important; it aids in setting the scene and adds an extra subtext to the plot. The incorporation of music can range from a big, theatrical musical, that includes multiple, upbeat sing-a-long tracks; to a scary thriller that uses dramatic background music to build suspense.

From the 23rd to 25th of September, American Airlines presents Empire Live will fill the air of The O2 (Cineworld) with soundtracks from a smorgasbord of different film titles. In anticipation for this event, we’ve taken a look back over the ‘Best Film Soundtracks’ of all time! We kick off our list with one of the most popular Disney films of all time, lorded for its unforgettable soundtrack. The film contains songs from music moguls Elton John and Tim Rice, as well as score from Hans Zimmer. The music is tinged with an African twist to link with the setting of the film, with the introductory song including a chant in the traditional Zulu language. The mood the music creates is also amazingly varied, from the romantic song ‘Can You Feel the Love Tonight’ which gives the listener the warm and fuzzy feeling of new love, to the incredibly tense score that adds another level of drama to the scene where the evil lion Scar kills Mustafa. The second film on our list is the peppy, romantic comedy, Grease. Featuring music by some of the most iconic pop artists of the 70’s (Sha Na Na/ Barry Gibb / The Bee Gees), the film was awarded the highest selling soundtrack of all time. All the songs featured are undoubtedly catchy and memorable, remaining a firm favourite at Karaoke nights. The Bodyguard was released in 1992, and starred Whitney Houston as the lead role. Whitney is undoubtedly one of the best, and most popular female song artists of the previous century; her bold and powerful voice is indistinguishable. The film’s soundtrack was made up mostly of Whitney’s own music and includes a selection of explosive songs. One, in particular, is her cover of Dolly Parton’s ‘I Will Always Love You’, that unashamedly blows the frilly, country track out the water. This ballad and the rest of the soundtrack has become iconic, maybe even more iconic than the actual film. Forest Gump is a unique film that follows the life of a big hearted, but slow man Forest, and the many adventures he has growing up and living in America at a time of great turbulence. The soundtrack to Forest Gump is featured on our list due to its unusual nature; it features hardly any new music. Instead, the music is sourced in conjunction to the time period of Forest’s life that is being documented. For example, when Forest is a child, and the film is set in 1952, Elvis Presley’s ‘Hound Dog’ accompanies some of the action. Skip forward a few years in Forest’s life, just after he has returned from the Vietnam War, and we hear instead music from 1968: Simon and Garfunkel’s ‘Mrs Robinson’. The way in which the soundtrack is compiled makes it incredibly eclectic, featuring some of the bets music from the last half of the twentieth century.

The soundtrack to The Great Gatsby was put together by the legendary director Baz Luhrmann. Baz took as risky gamble with the music he choose to include; mixing together the swinging sounds of the 1920s with the more modern, gritty sound of hip-hop. The unusual combination of such a varied range of sounds became loved by the masses as Will.I.am, Lana Del Rey, Jay Z and the ‘Queen Bee’ that is Beyoncé all featured on the soundtrack.