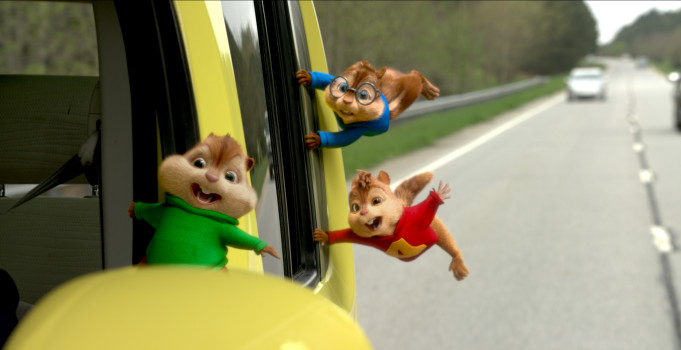 As the internet has proved with its influx of cute animal videos saturating our channels we are really just a world of big-hearted softies, who could turn away from the adorable antics of our furry friends. We can also extend this to our animated animal friends on the big screen who win over the hardest of hearts.

With the return of those mischievous little rascals Alvin and the Chipmunks: The Road Chip on Friday, we have chosen our Top 5 Cutest Animated Animals in Film. Go on this is your green light to gush all the cuteness.

The Chipmunks (Alvin, Theodore and Simon)
The boys are back in The Road Chip, which see’s the adorable 3 brothers get the wrong of the stick when they think Dave is going to dump them once he proposes to his new girlfriend. They take a hilarious 3 day trip to New York to convince Dave not to get rid of them and to save themselves from the stepbrother from hell.


Walt Disney’s Bambi is one of the original heart wrenching animated stories that should be a staple for all young children’s film education. Apart from the moment Bambi loses his mother making you soften, we have the endearing Thumper – known and named for his little habit of thumping his left hind foot. Thumper’s personality and appearance were actually based on Beatrix Potter’s Benjamin Bunny and got a lead in a spin of franchise – Disney Bunnies.


Another Disney classic comes in the ahhhh inducing Dumbo. This baby elephant who was bullied for his oversized ears was the fourth animated feature in the Disney Animated classics but also one of its shortest – being just 64 minutes long. Dumbo cruelly obtained his nickname because of his ears but it turns out this lovable character could fly because of them which soon changed the other animals view of the baby elephant.

Erik – Happy Feet
The second instalment in the Happy Feet franchise concentrates on Erik, the son of Mumble and Gloria – is a shy little chap who’s afraid to Dance because the others will laugh at him. When he does to make his father happy he twirls out of control and lands headfirst in the snow causing nothing but ridicule from others and embarrassment for himself and ends up feeling he does not belong in Emperor-Land. Erik soon finds his courage and appetite for adventure.

Puss in Boots – Shrek
Puss was introduced to the Shrek franchise in Shrek 2 and we simply couldn’t imagine it without him. This Spanish swash-buckling reluctant hero always has Shrek’s back and Donkey even though they squabble like an old married couple. You wouldn’t automatically think Puss to be cute but when he pulls that little face above you can’t help but melt. Did you know Antonio Banderas not only voiced Puss in English but in his Native Spanish and Italian as well?

Alvin and the Chipmunks: The Road Chip is out 12th February.