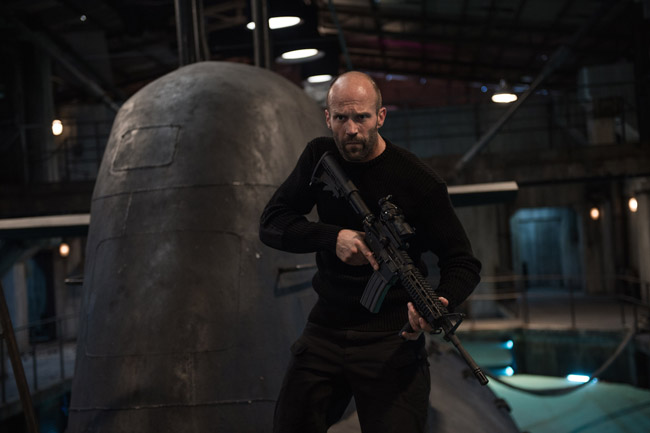 With Mechanic: Resurrection out this Friday, 26th August, we decided to take a look at our 5 favourite Jason Statham action films.

The Transporter was one of Statham’s earlier action films. Taking the lead role of Frank Martin, Jason Statham is a driver for hire who gets paid to deliver anything, anywhere, with no questions asked. One day he gets given a package to deliver which forces him to actually question what it is and this is where complications begin to arise. If you enjoy great action sections combined with amazing car chases, then this is definitely a Jason Statham that you need to watch if you haven’t yet!

Crank is one of Statham’s more obscure films, which consists of the most ridiculous yet amazing fun action sequences. Statham plays a professional assassin for hire called Chev Chelios, one day he learns that he has been injected with poison by his enemy and if his heart beat begins to drop than the poison will take action to kill him. This is where all the obscurities of the film comes in, we see Statham use so many different methods to keeps his heart rate up ranging from really crude scenarios to action-packed fight scenes. Again this is one of those films that you have to add to your watch list because it just makes you appreciate the lengths Statham will go to for ultimate action.

Now although The Expendables is focused around mainly Sylvester Stallone it does consist of an all-star cast which includes the one and only Jason Statham himself. Playing the role of Lee Christmas, Statham is one of Sylvester’s closest friends on the team and is a huge knife enthusiast. One day the team of mercenaries is commissioned by Mr Church to assassinate the dictator of a small South American island. Featuring cameos from various other action heroes and being a film which has action sequence after action sequence with not just Statham but many of Hollywood’s best action heroes you just simply can’t go wrong with this movie!

Safe is one of Statham’s much more grounded and serious action films. Set in New York, Statham plays Luke Wright, a fighter who has had everything taken away from him by the Russian mafia because he accidentally kills one of their fighters in the ring. Now he just wanders the streets going from hostel to hostel until one day he meets Mei, a young girl whose memory holds a priceless numerical code. Mei has been pursued by the Triads, the Russian mob, and corrupt NYC cops but Luke comes to her aid to help her escape from them all. With no surprise, the latest Jason Statham action film you need to see is Mechanic: Resurrection. Statham takes on the role of an assassin named Arthur Bishop, and it comes as no surprise that he is the best in the business. But when an old foe comes through the woodworks and kidnaps his girlfriend, Bishop is challenged with assassinating three men in five days. The only catch is, each assassination must look like an accident.

Mechanic: Resurrection is out in UK cinemas this Friday, 26th August.