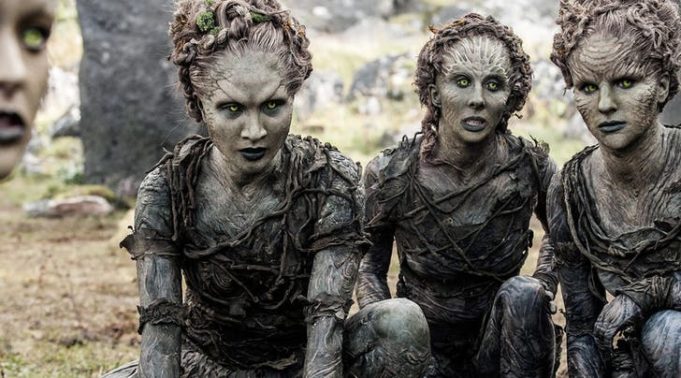 Someone told us that the days are getting longer once again but that’s really hard to believe when 7am still looks like the middle of the darkest nights.

Not to mention the fact that outside temperatures keep sneakily creeping down and covering everything in a fine layer of frost. Admit it – you don’t want to leave the warm comfort of your home and have drafted at least one text to try and bail on your friends. There’s no shame in that! Take this opportunity to indulge all your hermit fantasies with the top 5 TV shows to watch in 2019, promising to catch up with your friends once it stays light after 5pm again, of course.

Now that the show is in its final season, it’s impossible to not include Game of Thrones on this list. The last battle for Westeros is fast approaching and many fans are feverishly counting down the days to its premiere date of April 15th. The season is going to be relatively short compared to its predecessors, totalling just six episodes but they’re rumoured to be longer to make up for it. It’s safe to expect some epic battles and twists. Though not much is known about the highly anticipated series ahead– even the actors are kept in the dark about all the plot, one thing is for sure – everyone one will be talking about it.

Fans of all this neon-lit and synth-scored 80s adventure series are in luck as the wait is finally over, with season 3 set to premiere in the summer months. The Duffer Brothers, creators of the series, said they wanted this season to be even bigger, pushing the boundaries on both story and cinematography to keep their audiences entertained. The action of the season will be centred around a dark secret – how much darker can it get?

The sleeper hit of 2018 was the thrilling spy drama Killing Eve, from the multi-talented creator Phoebe Waller-Bridge. A broadcast date of April 8th has been confirmed for the US and UK should follow suit shortly. Filming is currently taking place across London, Paris, and Amsterdam, with both Jodie Comer and Sandra Oh spotted shooting multiple scenes. even more, twists and turns are to come though they are likely to be coupled with flashback scenes to provide psychological insight into its complex and fascinating protagonists. Many viewers were delighted with this dark reimagining of Sabrina, from the minds behind Riverdale. What some didn’t realise was that 20 episodes were filmed all at once and the first 10 made up season 1, with the next 10 delegated to season 2 which will be released on April 5th. Fans will be keen to find out what happens after Sabrina’s big decision and how she will continue to balance life as a teen girl and an all-powerful witch.

It was only a matter of time before The Witcher’s cinematic gameplay was transformed into a TV show. It even has the potential to fill a Game of Throne-shaped hole that’ll surely appear after the show ends. Henry Cavill will star as the titular Witcher, Gerald, exploring the gritty and dangerous fantasy world whilst fighting monstrous creatures and dealing with personal demons. The show promises to be driven poignant themes of politics, economics, and social ills to bring a new level of depth and possibility to the fantasy genre. No date has been confirmed yet, but Netflix can be expected to make an announcement soon.

Want to make sure that you’re watching all these shows without disruptions? Make sure your wi-fi is up to the task. Hoppy have created a simple video all about internet speeds so you can watch all the unmissable TV you want without interruptions. Bring on those TV-binging weekends!