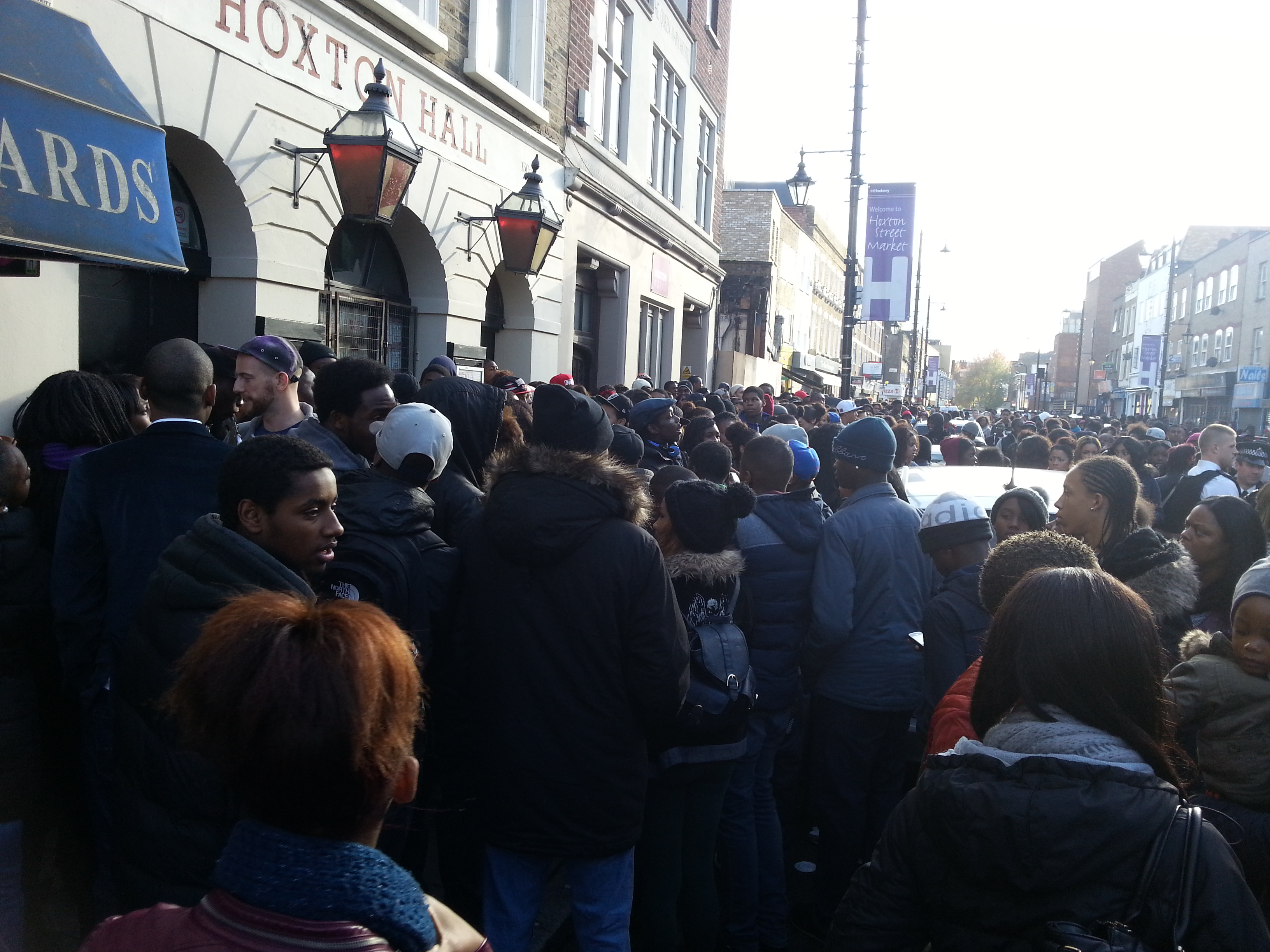 Over a thousand young people were left disappointed after queuing for hours to attend an open audition for the second series of critically acclaimed Channel 4 drama Top Boy at Hoxton Hall, only for it to be cancelled. The streets looked like scenes that resembled carnival filled with teenagers and parents that have travelled from as far as Birmingham and Manchester hoping to break into acting and get a role in the popular Channel 4 drama series that starred Ashley Walters, Kano and Scorcher in the first season.

Unfortunately for many this wasn’t meant to be as organisers started to turn away young hopefuls, who had been queuing for hours, causing anger to erupt in some sections of the crowd.

It has raised questions about whether the auditions were properly organised and what measures had been put in place to protect the young people they had invited.

Actor Walters waded into the debate on Twitter: “Another opportunity wasted to get into the game. Don’t blame me!”

The one-off casting call was scheduled to take place at Hoxton Hall, in Hoxton Street, between 12pm and 5pm. Casting directors were looking for directors said they were looking for black, mixed race, Asian and other “non-white” teenagers aged between 13 and 16 to appear in the second season.

Levi Washington said: When I saw the amount of people there I knew I had no chance of getting to the front of the queue and getting in. People were queuing peacefully. It is only when police came that I silly person got angry that the auditions were stopped and threw a bottle. I hope that they hold the casting again but organise it better next time so that we all get an equal chance. A Met Police spokesman confirmed there had been no reports of violence but said officers did attend to help with crowd dispersal.