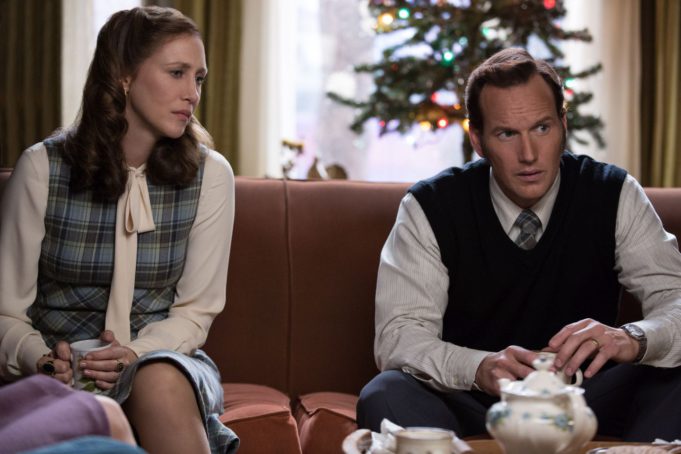 Having your wits scared out of you when watching a horror film is all part of the fun, especially when you can tell yourself ‘don’t worry, it isn’t real’. But there’s something that keeps the goosebumps there a little bit longer when you know that the horrifying story actually happened.

The modern master of horror James Wan, who knows exactly how to petrifying audiences by playing with our worse nightmares, is back with a new chilling addition to his tale of paranormal investigators Ed and Lorraine Warren in The Conjuring 2. Ahead of experiencing the fascinating, yet terrifying real-life story of an Enfield home terrorised by dark forces, in cinemas on June 13, we are taking a look at the top-ten horror films guaranteed to keep you up at night with the truth that lies behind them.

The Amityville Horror has received endless speculation since the story made headlines in 1977. The horror started in 1974, when a gruesome murder took place at the DeFeo family home, aptly named ‘High Hopes’, in New York. Ronald DeFeo was charged for murdering his entire family with a rifle. Thirteen months after the terrifying murder the Lutz family moved into the DeFeo house, which marked the beginning of their nightmare. The film captures the Lutz’ story of spiritual presences, including slime oozing from the walls, swarms of flies, and objects flying across the room. The Lutz family fled the house after just 28 days. A terrifying tale of hidden horrors behind a series of supernatural experiences, it’s a haunted house story that will have you petrified with every creak you hear.

Inspired by the crimes of real life murderer Ed Gein, The Texas Chainsaw Massacre is considered one of the most controversial and influential horror films of all time. The story follows a brother, sister and a group of friends, who set out on a journey to investigate reports of their grandfather’s grave being vandalised and robbed. Picking up a hitchhiker on their way, the trip takes a horrific turn when the group are targeted by a family of psycho killers. Most noteworthy of all the disturbing creatures is Leatherface, who sets his sights on the group to be the ones to fulfil his desire for human flesh. Marketed as a true story, its plot is actually entirely fictional, but the hint of truth lies with Leatherface, who was based on the real-life, murderous body snatcher.

Taking its inspiration from the real-life relationship between University of Washington criminology profiler Robert Keppel and serial killer Ted Bundy, The Silence of the Lambs’ murderous character Buffalo Bill is born on a collection of truths. When young U.S. FBI trainee Starling is set the assignment of saving victims from a cannibalistic serial killer, she seeks the advice of brilliant psychiatrist Lecter to give her the answers she is in desperate need of. Believing that Lecter holds the location of the killer; she has the mission of building his trust if she wants any hope of being the hero that brings the deadly Buffalo Bill to a halt. The only horror film to have been awarded Best Picture winner, it was true events that led to a culturally significant film with a remarkable influence on the industry.

A shocking horror film based on the life Alexander ‘Sawney’ Bean, a fifteenth century Scotsman who lived in a costal cave with his incestuous family. Sawney and his reported 40 person clan murdered an estimated 1,000 people before being caught 25 years later and being put to their deaths. The 1977 film brings this terrifying story to screens, when a family drive through a south-western desert and take a short-cut into the hands of violent cannibals who live in caves up in the hills; A brilliantly made film, it’s became a cult classic with much of its horror created through referencing the work of other great film directors.

The Exorcist is one of the most well-known horror movies to have ever been made. The terrifying horror is based on real life events which took place in the 1940s. A young boy, Roland Doe was said to have been possessed, causing furniture to move, objects to levitate and noises to surround the family home.  Priests believed an exorcism was the only way to remove the evil within. The exorcisms allegedly worked and cured Roland, who went on to lead a normal life. The 1973 film inspired by this nightmare tale proved extremely popular, with the film remaining the highest grossing original horror film ever, and is the first horror movie to be nominated for an Oscar.

The Haunting In Connecticut (2009)

Bringing to light every house buyer’s nightmare, The Haunting in Connecticut is based on the Snedeker family, who rented a house in Connecticut only to find that the home had once been a funeral parlour. The film follows fictional Campbells, who move into a home to lessen travel for their cancer-stricken son. The family soon become haunted by violent and traumatic supernatural forces that are far from keen to share the house with others. A dim psychological horror, The Haunting in Connecticut terrifies by playing on the horrors that could potentially be hidden in the history of a home.

The terrifying Child’s Play franchise takes major inspiration from the mystery surrounding a ghoulish toy. The doll, given by an allegedly skilled voodoo servant, to Gene Otto when he was 6 years old, was said to be possessed by evil spirits. Gene’s parents claimed to hear the doll’s laugh all throughout the house and neighbors stated that they’d seen a silhouette of the doll walking around. After Gene died, the doll passed along to the daughter of the new owners of the house who soon began to scream in fear each night. More than 30 years later, she swears that the doll was alive and wanted to kill her, the girl, like many others like her, prove that the story of Robert the doll, is one of the creepiest yet. The first film to feature the infamous killer doll Chuckie, it will bring all of your childhood nightmares back to life.

The classic horror film directed by Wes Craven has scared millions of fans worldwide and become one of the most successful film franchises of all time. When a group of teenagers are targeted and killed one by one by a knife-fingered ghost of a serial killer notoriously known as Freddy Krueger, Elm Street is not safe anymore. But what is most terrifying is that the clawed killer preys on the group at their most vulnerable, when they are asleep, murdering them in their dreams. Inspired by an LA Times article about a group of immigrants who all died while sleeping, the film had a phenomenal impact to the horror genre.

The film focuses on the court trial of Father Moore, accused of the death of 19 year old Emily Rose – a Catholic girl possessed by several different demons who dies a few days after being submitted to an exorcism carried out by the priest. The film is inspired by the case of Anneliese Michel, who was thought to be demonically possessed in 1968. She first started experiencing convulsions and epileptic attacks, which were then followed by devilish hallucinations. Anneliese was convinced to be damned after having heard voices telling her so, and her symptoms have since been compared with those of schizophrenia and depression. Following the phenomenal worldwide reception of Wan’s “The Conjuring,” which marked the second largest opening ever for an original horror movie after The Exorcist, the Conjuring 2 see’s the return of Wan, as well as stars Vera Farmiga and Patrick Wilson. This time, they are faced with the fascinating and terrifying real-life story of the sisters who were terrorised by dark forces in what became known as the notorious Enfield haunting. When a single mother has her house plagued by devious demons, she is in desperate need of help from the paranormal investigations. Undeniably horrifying with the level of truth that it entails, the chills are made all the more terrifying with the knowledge that they cannot be passed off simply as fiction.

THE CONJURING 2 COMES TO CINEMAS ON JUNE 13