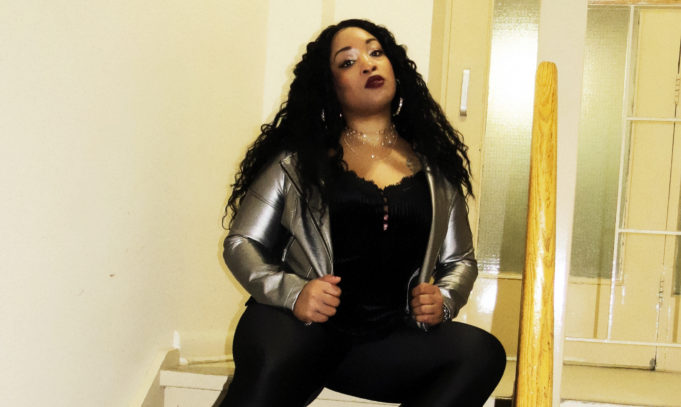 Toronto rapper Ekelle embarks on her latest journey as she teases us with her new single ‘Dark Skin & Tattoos’ a teaser off her upcoming EP under the same title.

Unearthing her deepest and darkest thoughts, dripping with sombre colours and a splash of street culture, Ekelle’s ‘Dark Skin & Tattoos’ is a song about the worst type of heartbreak imaginable – betrayal.

On the single, Ekelle said, “This song is for any woman who has been through pain in a relationship. The inspiration was from a bad relationship I had where someone literally lied to me about everything from day one, all the way until the end, it was so convincing!”

“It’s so easy to blame the person who did you wrong, but you also have to do the hard work of looking at yourself and asking what brought you there in the first place, what made you stay? Moving forward it’s important to be open-minded, not sticking to the same type and learning from your mistakes. Karma will get the bad guy – you don’t have to”.

Creativity oozes through her veins as she orchestrates an experimental sound that touches on elements of hip hop and pop with a twist.

Ekelle is a multi-genre artist and songwriter from Toronto, Ontario. Ekelle rhymes about relationships, money, life in the Tdot, women’s issues and other areas that have affected her life to creating a style that she calls ‘Hood Pop’ – Popular music with a street edge.

She puts her songs together with the best beats she can find and catchy lyrics that can turn up any party. She has performed at venues in Toronto such as the Smiling Buddha, Coalition Lounge, Harlem Underground and Cadillac Lounge to name a few. In 2016, Ekelle had sets at the Durham Caribbean Festival and Afrofest, one of her videos was nominated for a Cut Hip Hop Award.

Ekelle’s highly anticipated EP ‘Dark Skin & Tattoos’ is slated for release on the 1st of May 2019.