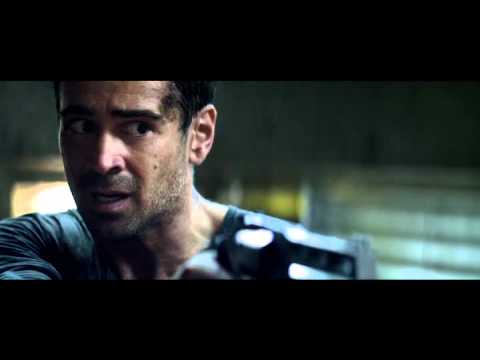 Colin Farrell (In Bruges, Alexander and PhoneBooth) is back in the action pack Total Recall, a fast pace, science – fiction thriller about reality and memory. You may have heard this movie name before; as it was first released in 1990 with Arnold Schwarzenegger (The Terminator) and Sharon Stone (Basic Instinct). Well it’s getting an upgrade this year, with more movie action, more effects and more weapons. Now based equally on the 1990 movie and the 1996 short story, ‘We Can Remember It for You Wholesale’ by Philip K. Dick, the movie plot differs from its predecessor. Unlike the original, the plot contains strong political influences, inspired by the novel. In this new world, Rekall exists as the company that can turn your dreams into real memories. Factory worker, Douglas Quaid, (Farrell) who suffers from violent nightmares, goes to pay them a visit. Quaid sees that a mind-trip sounds like the perfect vacation from his frustrating life and might be just what he needs. However problems start to arise for him when the procedure goes terribly wrong. Suddenly Quaid becomes a hunted man and he begins to suspect that he’s a spy, though he is unaware which side of the fight he’s on.

Follow Farrell on this world wind, action pack adventure as he tries to change the political system, find the truth, and discover what is real and what is recall?

Sure to be a thrilling ride, Total Recall is destined to be a summer movie must see.

Check out the trailer

Total Recall is out August 22nd  in  UK cinemas