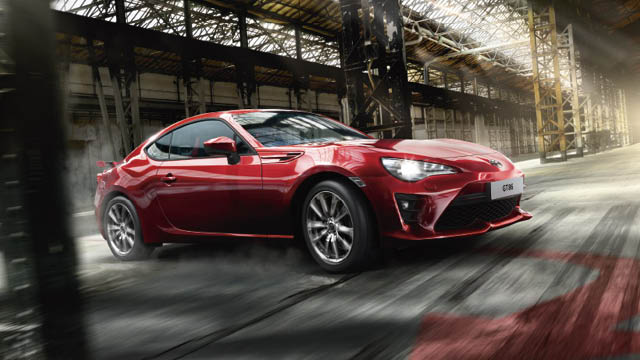 Admittedly, I was uber excited when I realised I was going to review the Toyota GT86.

I must admit, I had a Fast and Furious moment when I thought about how low to the ground the car was, and how fast I was going to drive it. I must admit that after driving and reviewing the Toyota C-HR, I felt that the GT86 would blow my mind in a different capacity.

However, and again I must admit (sorry Toyota) that I was a tad disappointed when I first started driving the GT86. I wanted it to to be faster, I wanted it to feel like Vin Diesel in fast and furious. I wanted it to give me a white knuckle ride of thrills and spills. In fact, I assumed that the GT86 would be a car I would love and would want to keep, but it wasn’t.

Can you see why I was excited? So when I started driving and realised it didn’t feel as fast as it sounded on paper, I’m sure you can understand my initial disappointment.

But then came a light bulb moment, that only someone who has driven lots of cars would know. I remembered when I had my Toyota Corolla GT Twin-Cam 16Valve hatchback waaaay back in the day and it was my favourite boy toy at the time.

The Toyota GT86 has 6 gears, however, if you drive it race-car style, you’ll be lucky if you manage to shift to 5th gear. You’ll run out of road while you’re going through the paces of reviving the gears to their maximum rpm. I’m referring to that moment when the dashboard lights start flashing, telling you ‘change gear, change gear’.

This is a driver’s car. If you haven’t got a bit of Lewis Hamilton within you, then you may not like this car. However, if you are a high rev fiend then you’ll absolutely love this car.

You’ll love the quick shift gear stick and the small steering wheel giving you total control as you turn or bomb out of a roundabout, leaving the competition in your rear view mirror.

Remember the car in front is a….. Toyota!

The GT86 has limited creature comforts, but just enough to keep you satisfied while keeping with the race car feel. My model came with heated seats, sat nav, 8-inch touch screen display, twin climate control, but there isn’t much more than that and to be honest my biggest disappointment with the GT86 was the sound system. It’s weak. No bass. No midrange. Mainly treble. Which for me is an absolute no go.

The interior styling of the GT86 is slick, streamlined and clean. The exterior is a curvy, mini beast style machine. The car looks very small, almost like a toy car. But this is one toy you’ll love.

Two exhaust pipes, 10 spoke alloy wheels and a sexy spoiler makes the GT86 look like a super fast, super car. With a couple of seats in the back and enough boot space to hold my golf clubs and luggage, the Toyota GT86 manages to make use of every inch of space this tiny car has to offer.

Take a look at this Lapland Ice Drive… It’s Exciting

See for yourself at www.toyota.co.uk