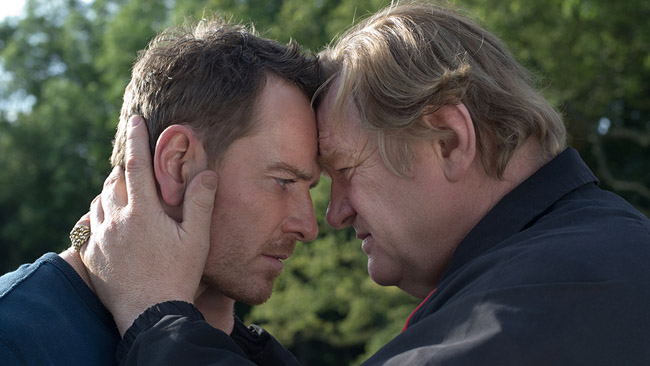 Trespass Against Us directed by Adam Smith contrasts a familiar story with that of an unfamiliar setting – which breathes fresh life into a very recognizable crime story.

A stellar cast that includes the likes of Michael Fassbender, Brendan Gleeson and Sean Harris enhances the composition of every scene considerably.

As far as set-ups go, Trespass Against Us presents us with a conventional enough scenario. We follow Chad Cutler (Michael Fassbender) a man who desperately wants to escape the criminal ways of his outlaw family – in particular, the harsh rule of his father Colby Cutler (Brendan Gleeson). Frankly, it is a trope I could happily watch played out in movies continuously.

There is something inherently beguiling when watching somebody try to escape a poisonous environment to better themselves. It is this universal trait for self-improvement explored at such treacherous levels – that make crime stories of this nature such tantalizing tales. We have seen it explored in the gritty streets of America in movies like The Town, What Doesn’t Kill You, Carlito’s Way and Heat. In Trespass Against Us this scenario is explored instead amid the gritty greenery of the English countryside.

Chad Cutler has lived on the fringes of settled society all of his life, in a travelling community deeply engrained in its traditions and rituals. He can’t read or write and see’s no future in a way of life that has become a generational burden – a cycle that he hopes will be broken before it is too late for his own son. This puts him in direct opposition to his father, the patriarch of the community who sees no benefit in abandoning their ways. He is a manipulative daunting man who even the local travelling community seems fearful of. It is the menacing restraint that Gleeson brings to the role that really brings the character to life. This struggle becomes the central conflict of the film, it is where the movie felt focused and at its best.

There is nothing groundbreaking or particularly innovative about the story or events that follow but the sheer quality of the two leads as well as the supporting cast enhances the movie significantly. Adam Smith handles the directing side of things with aplomb for the most part, which suggests a bright future in feature films ahead. There are a few tonal issues as well as a lackluster conclusion that occasionally takes away from what was otherwise a solidly entertaining movie.

Trespass Against Us is in cinemas March 3rd 2017