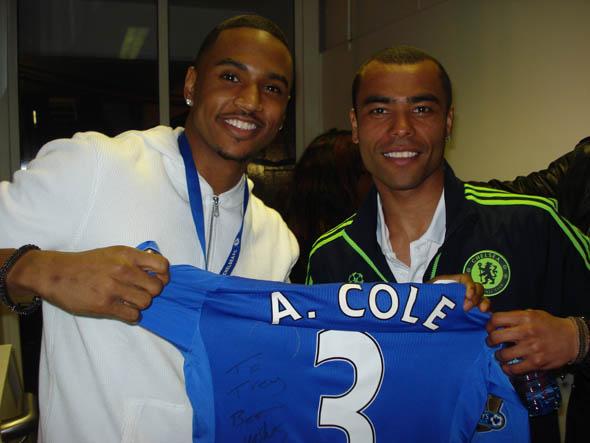 Here are some snaps taken at the match on Wednesday 6th April, the day after Treys sold-out gig at Hammersmith Apollo he was watching the Manchester vs Chelsea. The score was 1-0 to Manchester United but Trey was there to support Chelsea.

Our current Flavour cover star is apparently a big footie fan. He even calls it football and not soccer like some of the stars from the US!

Trey will be back in the UK at the end of this month to continue his sell-out tour. 22nd O2 ABC, Glasgow, 23rd Liverpool Guild of Students, Liverpool, 24th O2 Apollo, Manchester, 25th O2 Academy, Birmingham and 26th Hammersmith Apollo, London.

Trey’s Album Passion, Pain & Pleasure is available on iTunes and includes his soon to be released track ‘Bottoms Up’ Feat Nicki Minaj. Click here to read our cover story with the gorgeous RnB singer.