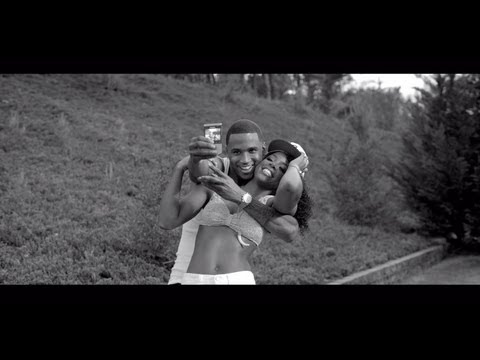 Last week, during his brief London visit, the man who claims he ‘invented sex’ – Trey Songz, held an exclusive listening session (seriously, there were only a few of us!) at a luxurious private members club for his upcoming album Chapter V and Flavour were lucky enough to get the invite… If the name didn’t give it away, the will be the fifth album from the R&B singer, being the follow up from his biggest CD thus far “Passion, Pain and Pleasure” (2010) and after listening to the playback session, it is safe to say, the man is ready to bring R&B back!

Casually dressed in all black, Trey self-reflectively spoke on finding himself as a person as well as an artist,  realising he’s “here for a reason” before sharing a touching visual of himself meeting a young crying fan.  At just 27 years old, the R&B guru has created a legion of “Angels” who he continually thanked throughout the evening for helping him building an empire that his manager happily shared with us:

As he passionately spoke on the new album, it was evident his modesty remains since the last time we caught up with him when he became Flavour’s first US cover star and he was still just all about the music.  The new tracks he shared:

1)    Heart Attack – If you haven’t heard this by now nor seen the video with former X Factor judge Kelly Rowland (who looks amazing, let’s just leave it as that) – Check out the visuals below:

2)    “Two Reasons” feat. T.I – “This one is about the “b*****s and the drinks!” he states before playing this club banger and it is exactly that. With a verse from T.I mentioning that he and Trey have been ‘wild boys since we were minors,’ the video for this should be an interesting one…

3)    “Dive In” –   One specifically for the ladies. In this smooth slow jam accompanied with guitar riffs, he describes his passion for pleasuring a woman with some erm… “extreme” description! It just wouldn’t be a Trey album without this ay?


4)    “Without A Woman” – Possibly one of the strongest out of the six… he revives the rhythm and blues. “A man can’t be a man without a man” he sings on this huge ballad, before reminding us that real music needs to go back to its roots, where artists such as Luther Vandross could sell out venues without cheesy “David Guetta” featured tracks. The concept of the track also seems to reflect on Trey’s upbringing by his single mother, explaining that love and respect for women is all he’s ever known. Touching.

5)    “Ladies Go Wild” – Not something we’re used to hearing from Trey, as he jumps ship for this fist pumping track, although catchy, it doesn’t fit right with the rest of the tracks..

6)    “Simply Amazing” – Certified hit. Describing the record as “one of the most important songs of his career” the song defines Trey’s growth as an artist… Melodic and reminiscent of early Usher, this track where he declares his undying love for his lady will do extremely well…

With no set release date, it is great anticipate real music and Trey Songz is bringing back exactly that with Chapter V, salute!