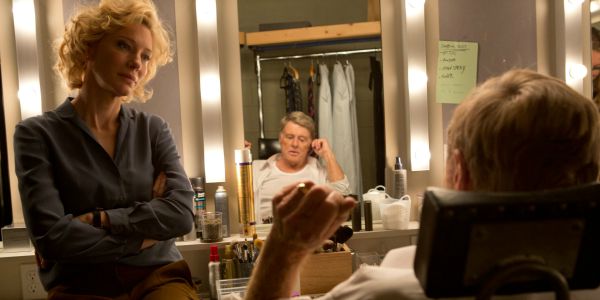 The biopics are coming thick and fast so far this year, and with Truth, we see another intriguing film burst onto the big screen which gives a salute to the investigative journalists out there with Cate Blanchett take on the role of Mary Mapes – ex-CBS Producer of the infamous 60 Minutes show.

Not too long ago we were enriched with the story of the Pulitzer prize-winning investigative team at The Boston Globe in Spotlight and journalism – again – gets its own spotlight in Truth albeit be it with a totally different story but one that unravels the Truth, even if certain right-wing bloggers and alike dispute the story as being fake. The highly respected Mary Mapes (Cate Blanchett) has been in the business many years, it is 2004 and she is top of her games after winning a Peabody award on her report on the Abu Ghraib torture and prison abuse scandal. Feisty, opinionated Mapes unearths a story about the then President Bush who was running for re-election. It would appear Bush shirked his duties when serving in the Texas Air National Guard between 1968 and 1974 with the aid of some influential family friends in high places, not only that but he avoided taking part in the Vietnam War because of this. This is where the story begins with Mapes trusted and loyal friend until the end, CBS News Anchor, Dan Rather (Robert Redford).

Pulling together the best team she could find which includes the likes of Dennis Quaid, Topher Grace and Elisabeth Moss, under a tight deadline to get as much information and evidence as possible to broadcast on air in 60 Minutes. The team believes the evidence they have is concrete but no sooner than the story has aired a backlash begins, not concentrating on the story but whether the documents obtained were real and the whole team is accused of either being duped or not having conducted their investigation thoroughly. Mapes and her team, including the ever present Rather, fight the accusations to the bitter end only to see their every effort railroaded which consequently see’s them losing their jobs – Mapes was never to work as a Journalist again – to Rather stepping down as CBS’s news anchor. Truth has been based on Mary Mapes own memoir even though gripping the script is slightly fragile in places especially when we see Mapes reading comments on the internet about her and one troll being extremely negative, she becomes upset and walks away from the computer. Are we really meant to believe this woman was just a tad thicker skinned considering the business she had been in for many years?

Coming from the same Director as Zodiac – another Journalistic based movie –  James Vanderbilt, the whole setting, and ambiance of Truth feels very similar, it’s exceedingly intense and riles emotion of injustice on behalf of the journalist. It can come across as a little one-sided but you have to remember it is being told from the point of view of Mapes herself, in which Blanchett gives yet another fine performance.

Truth is out in UK Cinemas 4th March.