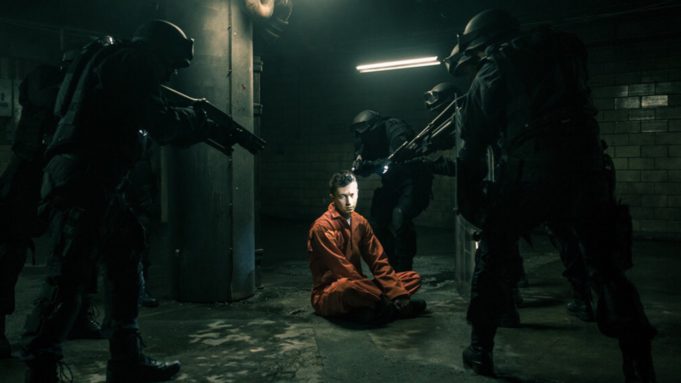 The song takes on a very mid-tempo, eery vibe which contains a strong pulsing beat throughout. Tyler Joseph, front man of Twenty One Pilots expressed his thoughts towards the track in the run up to its release –

“I’m looking forward to the next record, I feel a greater sense of freedom and less pressure. I felt a lot more pressure going from Vessel to Blurryface. It didn’t happen the way [industry people] talk about it. There wasn’t a massive single [from Vessel] that projected into the pop charts. What we did was still different from their formula. Because it got beyond a certain point, I feel so much confidence that I can look at those people and look at myself and say, ‘I know what we’re making is for a group of people out there that want to hear it.’ That’s all the confidence I need.”

The video mixes footage of the band with footage from Warner Bros. and DC Films’ Suicide Squad, showing members of the team like Harley Quinn, Diablo, Boomerang, and more as they are imprisoned inside Belle Reve.

After this track, we couldn’t be any more excited for the boy’s new album.