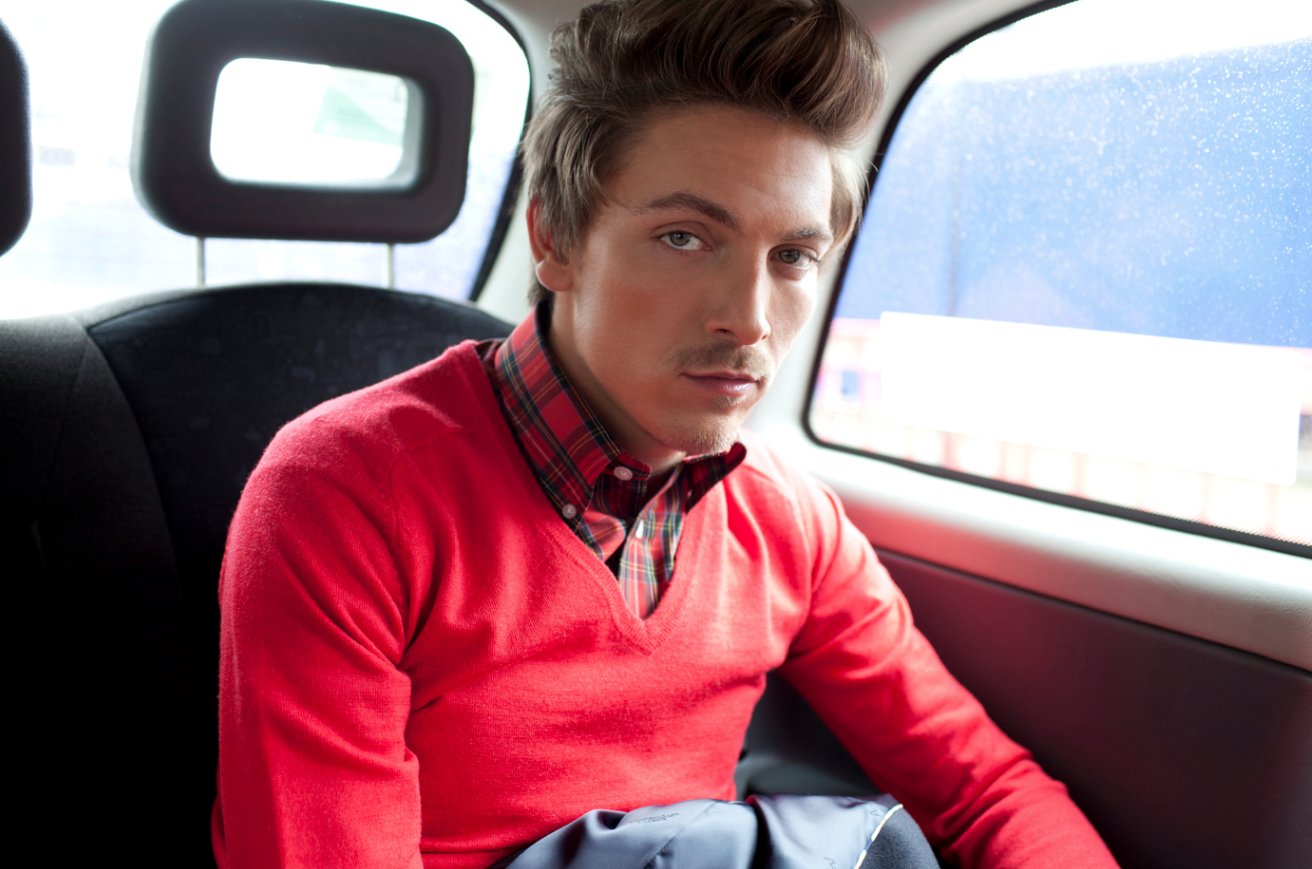 His amazingly successful stint on the hugely popular, The Voice showcased a brilliant talent who did more than sing but actually told a story in his brilliant vocal displays particularly when reaching those difficult falsetto notes.

The Voice was evidently the culmination of years of trying to come to terms with alcohol issues that he admits “nearly killed him”. Tyler seven years prior had been signed to a major and was being managed by the hugely successful Simon Fuller. After initial success Tyler James left Island and went into a severe state of depression. Years later meeting Tyler in a central London hotel, he is open and honest about his trials and how they have helped him to not only appreciate what he has now but evidently how to deal with anything that the music business (or indeed life) can throw at him.

Since the Voice your schedule must be totally hectic.

My week has been really busy obviously we are promoting the single Single Tear and so I was in Scotland doing a load of radio and then yesterday we did a twitter take over on Vevo and then a performance-it was cool everyone was drinking champagne and eating peanuts but not me I had a diet coke.

You came out before in 2005 and now seven years later you are back explain that rather long break.

It was not a choice I signed to Island Universal when I was nineteen and I made an album but things did not go the way I wanted it to. So I left that deal and then I went backpacking around the world; Thailand, Europe Australia but when you have not got an outlet for your music it is a dangerous thing.

Dangerous in what way?

Well I went through a really dark period in my life where I drank a lot and I ended up in rehab but I got myself better and that was four years ago. Then I spent a lot of time looking after my friend [Amy Winehouse] and then I decided I did not want to sit around anymore and I wanted to get back into music-I think I always did I was just a little scared.

And so you entered The Voice

Well my friend told me about the Voice competition and I was like you know what life is too short? It is time for me to try and crack it and so I auditioned with the other thirty thousand people and then I got to the final three!

I know you got into music at a young age. Do you think the music industry is as helpful to young artists as it should be?

Music is a creative thing and anyone that likes making music does it because it is a passion but ultimately if you get signed to a major label they are a business they need to make money. I know loads of artists who have got to their third record deal and then they blow up and sell 4 million records. The thing is if you want something you just have to keep trying and that is the way or you simply give up and try something else-for me that was never a choice.

While you would not choose to go through what you did what lessons did you learn if any?

What I proved to myself is that I am quite strong. I always thought that I was quite weak but not a lot of people get to the stage with drink that I did and they are here to talk about it. Sometimes you have to go to absolute bottom like when I went to rehab. If you can pick yourself up from that then there is nothing else that can really harm you and things like this I expect prepare you for other major things in life like when I lost my best friend -you soldier on.

The Voice must have been an amazing if difficult challenge?

Going on a show like The Voice of X Factor you have to be really brave and I have not gone for anything like that before simply because the thought of standing there and being judged by the nation is difficult. For me I have been lucky because it went really well and of course I came second. I do not know maybe if it had gone differently I might have a different opinion but for me it was one of the best experiences of my life.

The creative process of writing a song is difficult to explain because there are no rules. For me personally everything happens and starts in my head; for example my first single I basically had just been in Malta doing an MTV gig with Will i am. I had not slept for three days and put my bags down when I was in London and this piano rift came into my head and I put it on my i-phone walked to Primrose Hill and by the time I got there I had the basics for Single Tear. The album is called A Place I Go and I called it that because basically we spend a lot of time talking to people and then you have those times when you are by yourself and you are sitting about and you just think. It is that time where you have a couple of hours to mull around in your head and that is where I go and that is where the lyrics and the melodies come from.

What was the biggest challenge with this album?

The biggest challenge with making this album was the time frame because I was given fourteen weeks and I just thought it would be impossible. We mastered the album about two weeks ago and I have listened to it and what is great is it is very honest and very raw because I literally wrote these songs, recorded them and that is how they are, I have not had the time to think about them and change the lyrics that is what I thought at that time and I really like that.

Fraser T Smith I loved working with him and he is someone I have wanted to work with for about three years. I love the stuff he did on Adele’s album and he is an amazing songwriter. I sat down and went to meet him and we talked and that was important because it is fine wanting to work with someone but you have to be on the same page. I was clear what type of music I wanted to make and luckily we agreed and then we started the process.

How much support has Will I am given?

The best thing about Will is that he was my mentor and he has continued to do so even after the show. Everything that I have written I sent it to him. I get asked a lot if he is on the album but he is not but not everything is on my album we have about two or three unfinished songs. I look up to him and he taught me to trust my judgement when it comes to songs.

Lastly what can your fans look forward to for 2013?

Between now it is about getting out there. I sold out Shepherd’s Bush for the 21st November and it is just about sharing my music out there. I have a wicked following on twitter they are just amazing and I just want to give back to all of those fans.